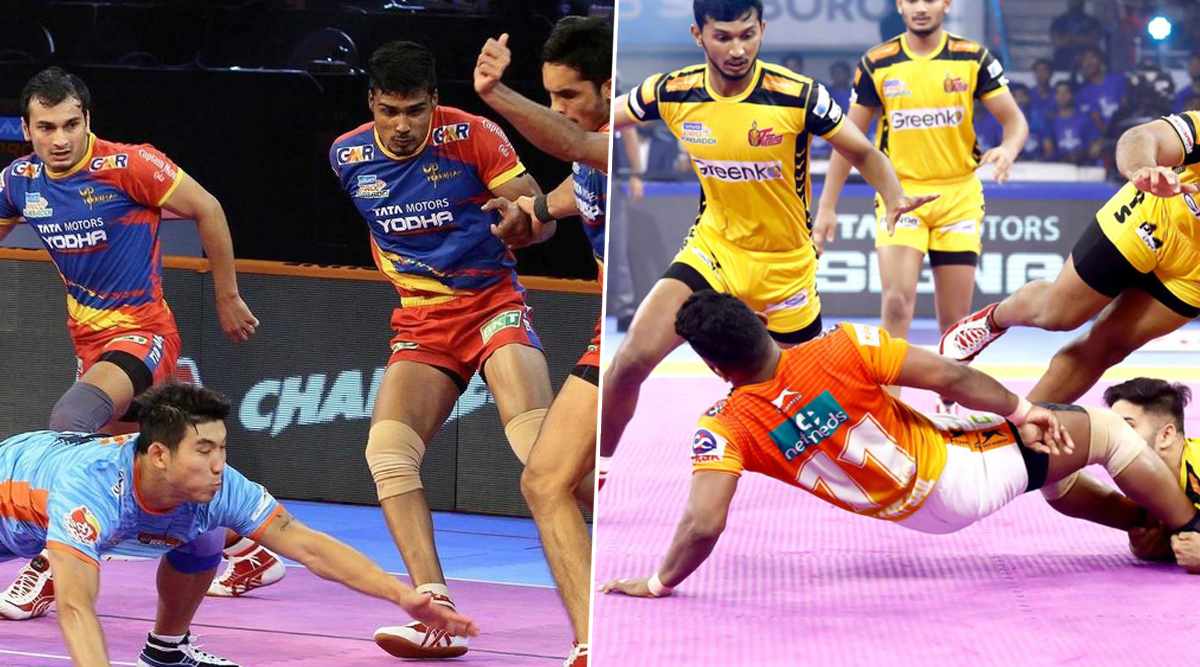 The second match of Wednesday will see UP Yoddha battling with Telugu Titans in the match 129 of the VIVO Pro Kabaddi League 2019. Before focusing on the live streaming and live telecast details of the match, let’s check out the performances of both the teams in PKL 7. The UP Yoddha have qualified for the playoffs and will look to better their position in the points table. While the Telugu Titans are already knocked out of the tournament and can just fight for pride. The UP side have claimed 68 points from 20 games and are fourth in the points table standings while the Titans have registered only five victories from 21 games and are at the penultimate position of the points table. U.P. Yoddha Vs Telugu Titans Live Pro Kabaddi Score Match 129.

Defender Sumit has been the mainstay of the UP team as the defender has accumulated 65 raid points and is the second most successful defender of the tournament. While in the raiding department, Shrikant Jadhav has been the most successful player of the team as he has collected 123 raid points from 19 games. Talking about the Titans, defender Vishal Bhardwaj was the lone shining light in the team’s dismal campaign. The 20-year-old has aggregated 62 tackle points from 19 matches. Meanwhile, as the UP vs TEL match gets set on the cards, let’s have a look at the live streaming and telecast details of the match. PKL 2019 Dream11 Prediction for UP Yoddha vs Telugu Titans: Tips on Best Picks for Raiders, Defenders and All-Rounders for UP vs TEL Clash.

The UP Yoddha Vs Telugu Titans match will be played on October 9, 2019 (Wednesday). According to the Indian Standard Time, the UP vs TEL clash is scheduled to start at 8:30 pm. The Shaheed Vijay Singh Pathik Sports Complex in Greater Noida will be the venue for the match.

Many Kabaddi lovers not able to watch the live-action of the UP vs TEL match on TV, you can catch the contest through online streaming. One just needs to visit the hotstar.com website or install the Hotstar app in order to catch the match streaming. Along with that, fans can also follow UP vs TEL game in season 7 live score updates on LatestLY.