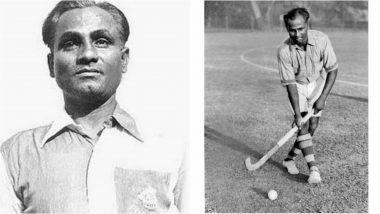 Dhyan Chand's contribution to Indian hockey has been quite huge. His skills have been glorified in various in anecdotes. He scored over 400 goals in his career, from 1926 to 1948.

(The above story first appeared on LatestLY on Aug 29, 2020 08:30 AM IST. For more news and updates on politics, world, sports, entertainment and lifestyle, log on to our website latestly.com).