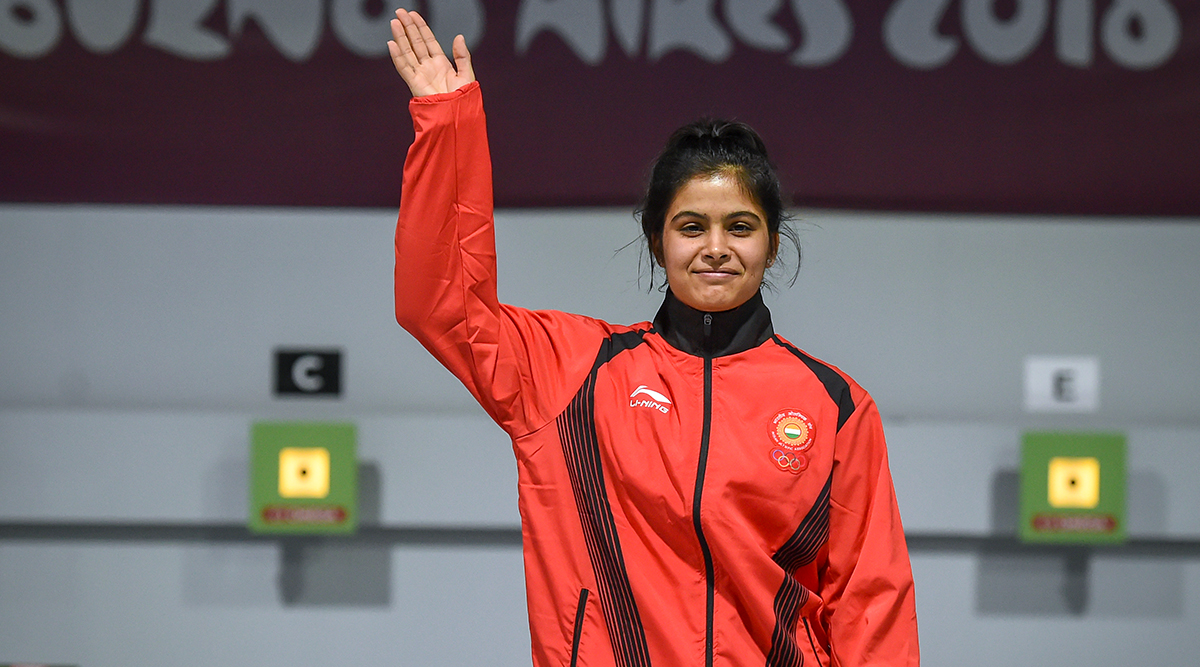 Mumbai, December 12: India's shooting prodigy Manu Bhaker, who won gold at the Commonwealth Games (CWG) last year, has lauded the Khelo India Youth Games initiative by the Indian sports ministry. She said that the competition provides a brilliant platform for youngsters to showcase their talent. "I had never thought that there could be a competition like Khelo India. Everyone used to say the one can have a good life only if he or she studies well, but one cannot make a career in sports. I think the Khelo India Games is a fantastic platform for youngsters to showcase their talent. I would like to thank the Prime Minister and the Sports Minister for this initiative," said the 17-year-old. ISSF World Cup Final 2019: After Manu Bhaker, Elavenil Valarivan, Divyansh Singh Panwar Win 10m Air Rifle Golds.

Bhaker, who secured a berth at the Tokyo Olympics through a good performance in the shooting World Cup in Munich earlier this year, has not started preparing for the quadrennial Games as yet. "I am excited about the Olympics. I will discuss a few plans with my coach and then implement them. For now, I am just going through my regular drills. I practice for 5-6 hours a day on average. There are a lot of sporting events ahead of the Olympics. They will serve as good preparation for the Olympics," said Bhaker. Rahi Sarnobat of India Wins Gold in 25m Pistol Event in ISSF World Cup 2019, Consoles Manu Bhaker Who Finishes 5th (View Pic).

The young shooter set a junior world record in the women's 10m air pistol at the World Cup Finals in Putian in November this year. Bhaker, who has brought many laurels to the country, spoke about the undying support she has received from her family throughout her career.

"My parents have always been supportive of whichever game I have picked up, in my academics and cultural activities. Once I started excelling in shooting, my father reduced his travels for the Merchant Navy company he was working for, in order to be there for me. Before taking up shooting seriously, I had played a lot of other sports. I used to keep trying different sports every month. I was interested to try every sport and it was my parents who asked me to take up shooting," Bhaker signed off.