Vinod Saharan shall head this body and eight members will be chosen from 33 districts. 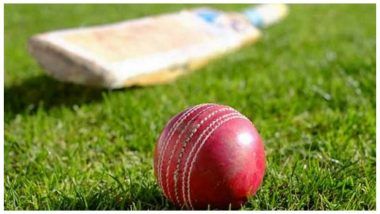 Jaipur, Sep 19: Ahead of Assembly elections, the government has dissolved the Rajasthan Cricket Association (RCA), removing veteran Congress president C.P. Joshi as its chief, making the other camp of former RCA president Lalit Modi stronger. The working committee was also dissolved on Tuesday night and there shall be fresh elections within the next three months, RCA secretary R.S. Nandu told IANS. "A total of 16 districts, out of the 33 affiliated with the RCA, had filed a complaint against Joshi two months ago for his alleged inefficiency in handling the responsibilities of the state cricket body," he said. "Joshi had flouted the Sports Act according to which domestic tournaments must be conducted at regular intervals. The annual audit which is quite mandatory for the books of the association was also not done by him," added Nandu. He said that an eight-member ad hoc committee had been formed under the Rajasthan Sports Act to monitor the cricketing body's day-to-day activities. Rajasthan Assembly Elections 2018: Congress Says Will Include Rs 3,500 Allowance to Youth from Needy Families in Manifesto.

Vinod Saharan shall head this body and eight members will be chosen from 33 districts. Nandu is known to be close to the Lalit Modi camp. In the last elections between Joshi and Lalit Modi's son Ruchir, the latter lost. But now there is a strong chance of him becoming the RCA president, confirmed sources which will see Lalit Modi emerge stronger in the association.

(The above story first appeared on LatestLY on Sep 19, 2018 08:52 PM IST. For more news and updates on politics, world, sports, entertainment and lifestyle, log on to our website latestly.com).