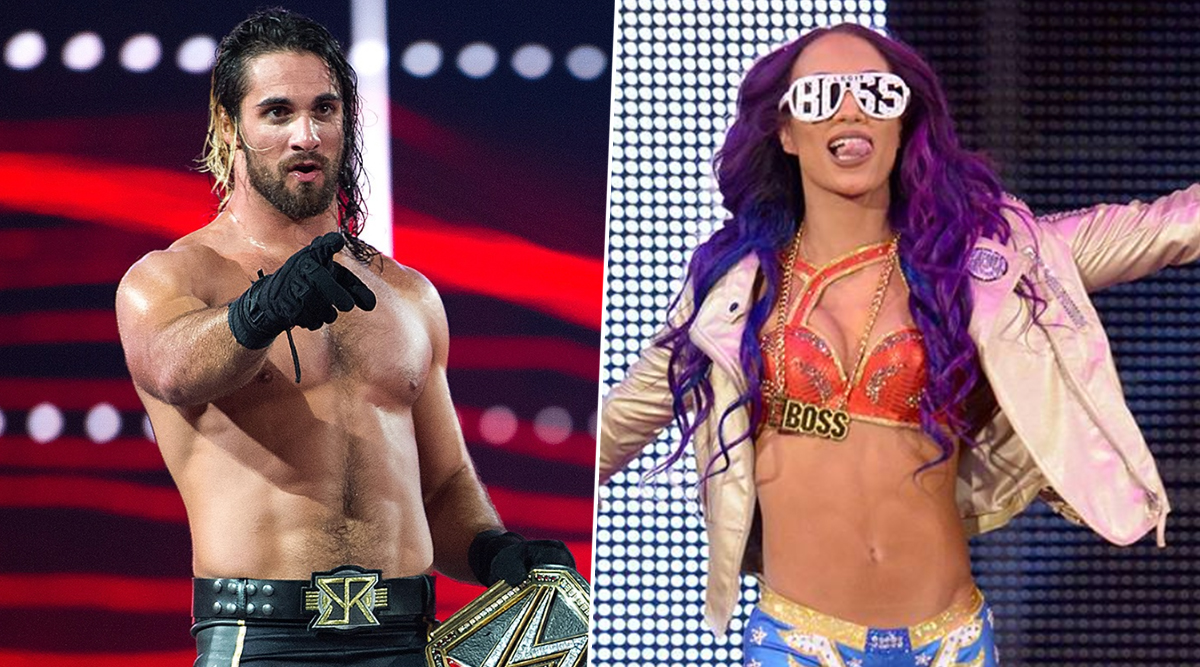 Seth Rollins will face Rey Mysterio for Universal Title match at WWE Raw season premiere episode which will take place at Talking Stick Resort Arena in Phoenix, Arizona on Sept 30, 2019. Mysterio earned the title opportunity by winning a fatal 5-way elimination match where the other four participants were Ricochet, Shinsuke Nakamura, Robert Roode and AJ Styles. The BeastSlayer tweeted ahead of his match with Mysterio, for which Sasha Banks trolled him using her opponent Alexa Bliss with whom she will fight in the upcoming episode of Raw. WWE Raw September 23, 2019 Results and Highlights: The Fiend Attacks Braun Strowman, Rey Mysterio to Face Seth Rollins For Universal Championship (Watch Videos)

Seth Rollins tweeted that he has always been looking forward to his match with Mysterio. The Universal Champion also added that it will be a good platform for him to empty his tank in the coming episode of Raw ahead of his title match with The Fiend Bray Wyatt at WWE Hell in a Cell 2019. Now Sasha Banks used this tweet to troll Seth Rollins by replying him in the same fashion and target The BeastSlayer fiance Becky Lynch. Sasha Banks will face one-half of WWE Tag Team champion Alexa Bliss at Raw's Season Premiere and will then move onto square off against The Man at Hell in a Cell PPV for Raw Women's Championship. Meanwhile, let us see the twitter battle between two WWE superstars. Seth Rollins Curb Stomps The Fiend After WWE Raw Sept 23, 2019 Episode Goes Off-Air (Watch Videos)

Seth Rollins Tweet For His Match Against Rey Mysterio

This is a match I’ve been looking forward to my entire life. The fact that I’m defending the Universal Title on the #RAW Season Premiere against @reymysterio in 2019 is mind boggling. Even 6 days out from #HIAC & @WWEBrayWyatt, I’ll empty the tank for one of the greatest ever. pic.twitter.com/VGfuBK4vUU

This is a match I’ve been looking forward 2 my entire life. The fact that I’m wrestling 1/2 of the Tag Champs on the #RAW Season Premiere against @AlexaBliss_WWE in 2019 is mind boggling. Even 6days out from #HIAC & @BeckyLynchWWE I’ll empty the tank for one of the greatest ever. pic.twitter.com/p7yTusEFJ2

There will be exciting action in the upcoming episode of WWE where there will Raw season's premiere episode and even SmackDown will celebrate its 20th anniversary by making a debut on Fox. Fans will be excited to see two major title matches from both brands, especially Kofi Kingston vs Brock Lesnar for WWE SmackDown Championship. The Fiend is expected to make his presence during Rollins vs Mysterio match in the coming episode of Raw. Bray Wyatt's last victim was Braun Strowman where he gave him mandible claws on this past week episode of Raw.