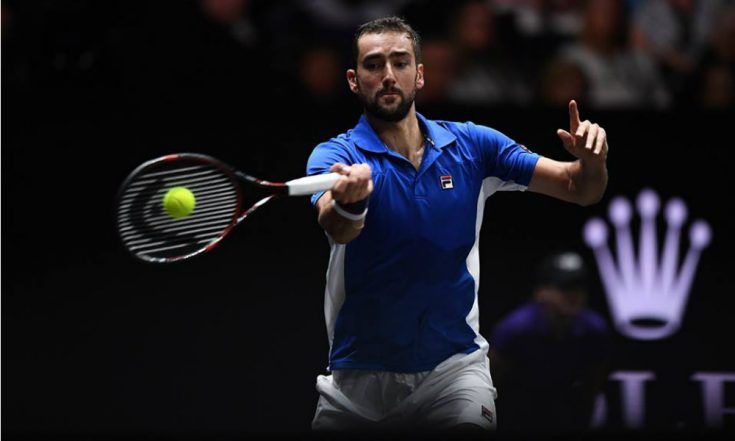 Paris, November 1:  Croatia's Marin Cilic on Thursday defeated Grigor Dimitrov of Bulgaria 7-6 (7-5), 6-4 in the round of 16 of at the Paris Masters. Cilic needed an hour and 48 minutes to advance into the tournament's quarterfinals for the fourth time in his career, keeping alive his bid for a spot in the ATP Finals, reports Efe. ATP Paris Masters 2018: Novak Djokovic Enters Quarter Finals; Bids to Win Fifth Paris Title.

During his match in the hard-court tournament, the world No. 7 fired eight aces, compared to his rival's seven. Cilic next will take on Novak Djokovic of Serbia, who won 6-1, 2-1 over Bosnia and Herzegovina's Damir Dzumhur who retired in the 52nd minute of the match.