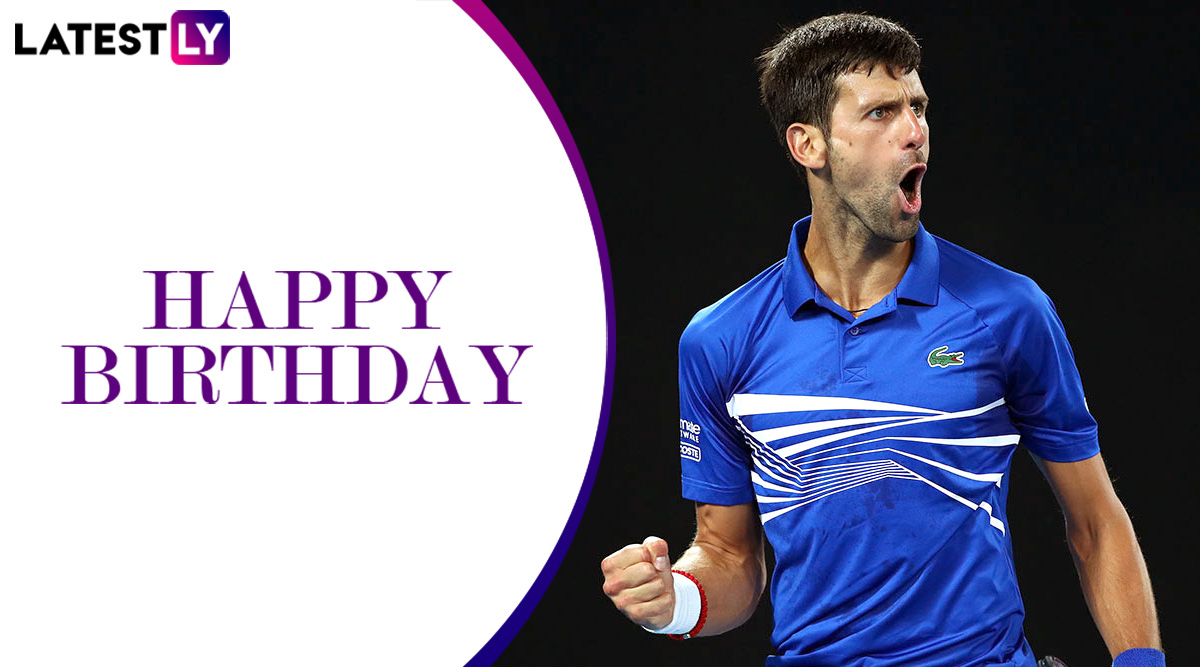 One of the best players of his generation, Novak Djokovic will celebrate his 33rd birthday today (May 22, 2020). In a career, spanning over 10 years, the Serbian tennis star has won 17 grand slam singles titles, third-most in the history for a male player. Djokovic is the first player from Serbia to be ranked No 1 by the ATP, so on his birthday, we take a look at some of the most thrilling matches he has been a part of. Novak Djokovic Gets Haircut From Wife Jelena At Home Amid Coronavirus Lockdown (Watch Video).

Born in Belgrade, Serbia, Djokovic has been at the top of the game for more than a decade and has won numerous individual honours along the way. The current World No. 1, has won the Laureus Sportsperson of the Year award on four separate occasions. The Serbian was discovered as a six-year-old by Yugoslav tennis player Jelena Gencic and upon seeing him play, she stated ‘This is the greatest talent I have seen since Monica Seles.’ Novak Djokovic and Wife Jelena Challenge Roger Federer, Cristiano Ronaldo, Rafael Nadal and Others to Do a Crazy Stunt (Watch Video Post).

2011 US Open Semi-Final vs Roger Federer

This was the year that Djokovic finally lived up to his potential and transformed himself into a dominant force. The Serbian saved two match points against the Tennis legend as he roared back to win the game 6-7 (7-9) 4-6 6-3 6-2 7-5. ‘It was definitely one of the biggest wins of my career,’ the Serbian said after the win.

Novak Djokovic captured his fifth grand slam title by defeating Spaniard Rafael Nadal in an epic match at Melbourne. At five hours and 53 minutes, it was the longest-ever match at Aus Open and the longest men’s Grand Slam final ever recorded. The Serbian came out as 5-7, 6-4, 6-2, 6-7(5), 7-5 winner and after the victory, he said ‘Rafa, we made history tonight, unfortunately, there couldn't be two winners.’

This was the third game of the year between the two superstars, with Novak Djokovic coming out on top in the first two matches. The two greats have met each other 55 times over the years, but this remains as one of their best encounters. Nadal saved three match points in the final set to win the game 3-6, 7-6 (5), 7-6 (9), in the longest three-set match in ATP-1000 history.