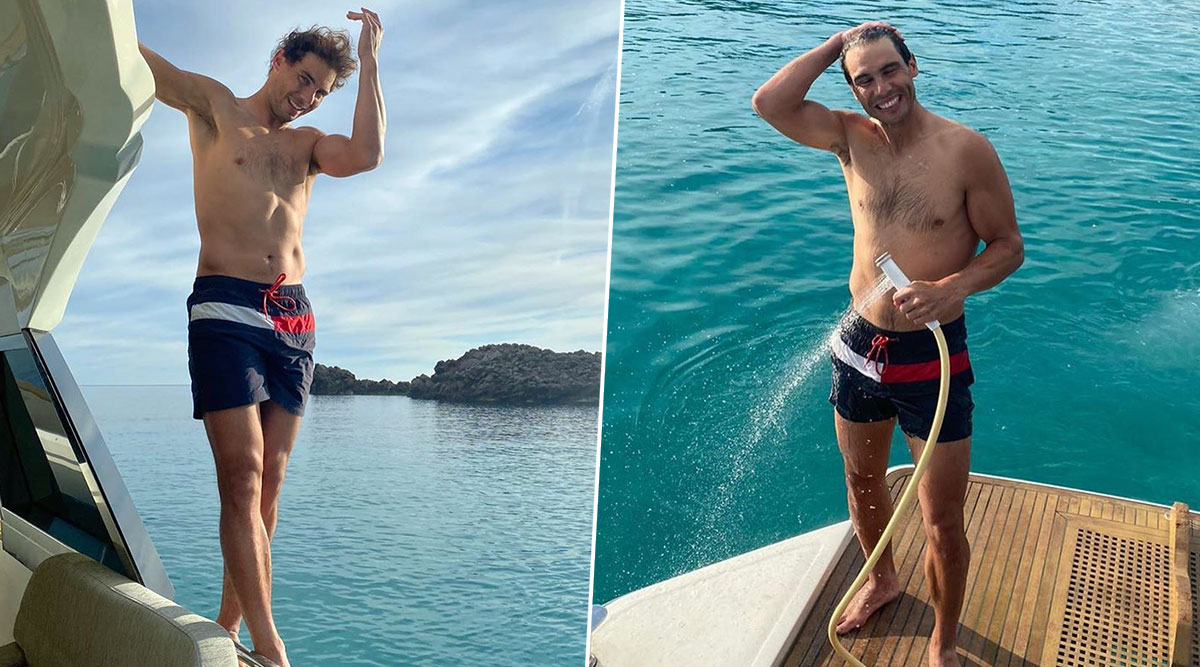 After a long and hectic season on the court, Rafael Nadal is finally back to his home town Mallorca, Spain and he is certainly making full use of his free time. The World no. 2 tennis star took to his official Instagram page and shared a few videos and pictures of his holidays. In the posts, he can be seen enjoying swimming in the warm weather of Mallorca and his delight can be clearly seen on his face. Well, the ‘King of Clay’ is certainly looking in a great space and will eye to make a significant impact in the upcoming tournament in Mexico. Roger Federer, Rafael Nadal Pose For Selfie With Bill Gates And Trevor Noah.

“Por fin en casa! Febrero en Mallorca....  (Finally at home! February in Mallorca)” read the post shared the Spanish great. Well, Nadal is certainly overjoyed with his homecoming and it will be interesting to see how fruitful his break will be. His recent outings, however, hasn’t been great as he was out of the Australian Open by losing to Dominic Theim in the quarterfinals and he even lost to  Roger Federer in the recently concluded exhibition match against in South Africa. Nevertheless, Nadal is known to make thumping comebacks and will aim to go back to his prime in the upcoming assignments. Meanwhile, let’s look at his Instagram post.

Nadal will be seen back in action during the upcoming edition of the Mexican Open. The tournament will get underway on February 24 and will run till February 29. So, the number-two ranked Tennis player still has some time off and he will eye to make a comeback with a bang.