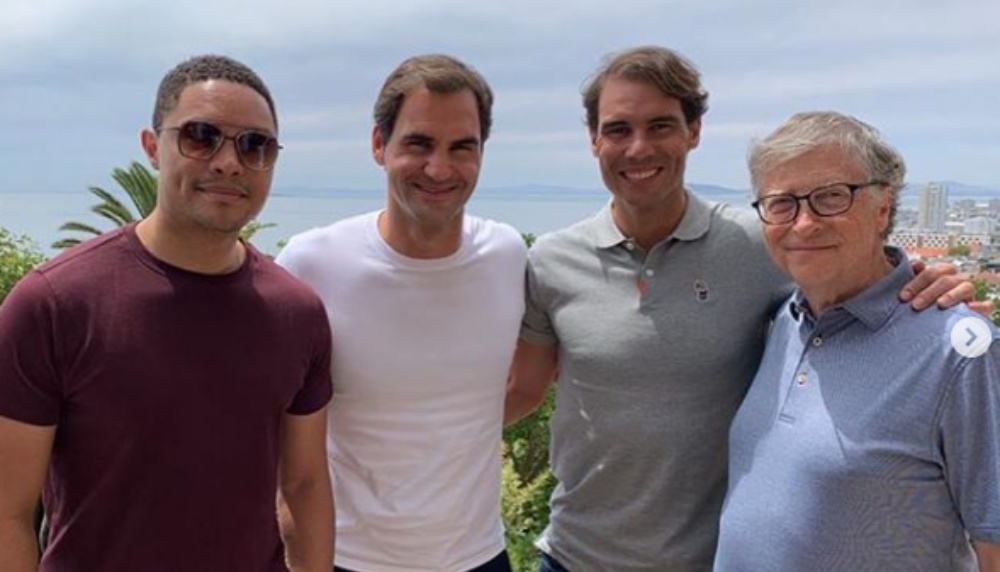 Roger Federer and Rafael Nadal will be playing an exhibition match in South Africa. The two are joined by Bill Gates and comedian Trevor Noah. The match will be played to benefit children’s education in South Africa and will take place in Cape Town. This will be the 20-time grand slam winner’s first game in Sub Saharan Africa. Now ahead of the game, Roger Federer shared his pre-game meal with his arch-rival, Rafael Nadal. Bill Gates and Trevor were also with the duo and all four posed for a picture together. Novak Djokovic After Defeating Roger Federer in Australian Open 2020 Semi-Final: Hope I Made Him 20 Per Cent Better Player (Watch Video).

Rafael Nadal also took to social media to share a snap with his arch-rival.

While speaking about the charity match, Federer said that it was a dream come true for him as he is playing in his mother’s home country and that too against his toughest opponent Rafael Nadal. “We share not only the love for tennis but also for the good cause of giving children a better start in education and in life. I feel privileged to have other leading philanthropists on board to entertain millions of people in the stadium and on TV. It will be a once-in-a-lifetime moment for my family and I.” he further added. Both Federer and Nadal were last seen in action during the Australian Open 2020.