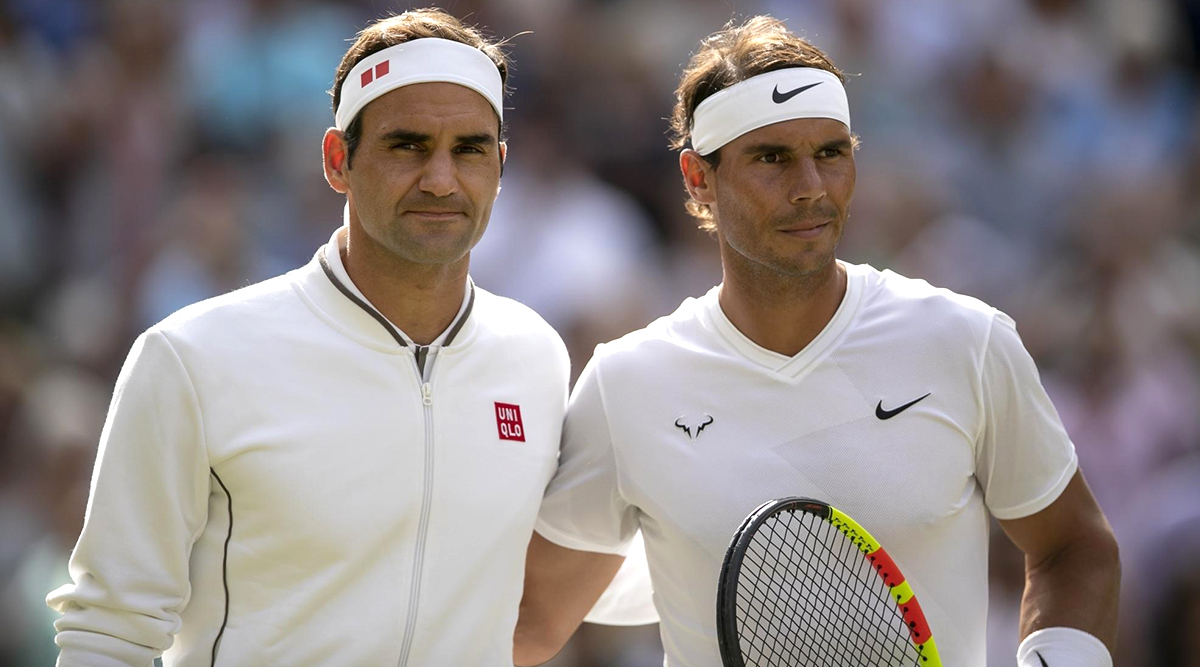 Cape Town, February 8: Tennis greats Roger Federer and Rafael Nadal played a charity exhibition in front of 51,954 spectators at Cape Town Stadium in South Africa, in what organisers said was the largest-ever crowd for a tennis match. Dubbed "The Match in Africa," the exhibition was organised on Friday by the Roger Federer Foundation with the goal of raising more than $1 million for its educational projects in southern Africa. That objective was easily reached with the event raising around $3.5 million. Roger Federer, Rafael Nadal Pose For Selfie With Bill Gates And Trevor Noah.

Prior to the match, 38-year-old Federer told Efe news that is was a "magical" experience to take on his long time rival before a packed audience in his mother's native country. The evening included a doubles exhibition in which Federer teamed with Bill Gates, the multi-billionaire co-founder of Microsoft whose charitable efforts also have focused on education, and Nadal was partnered with South African comedian and television host Trevor Noah.

Federer's mother, Lynette, an Afrikaner from a city near Johannesburg, flipped the coin to determine which team served first in that match, in which amid the good humour both Noah and Gates surprised the crowd with their tennis skills. Federer and Gates ended up coming out on top 6-3. Adding some local flavour to the event was the Ndlovu Youth Choir, which wowed the capacity crowd during the changeovers with their African-flavoured renditions of various global hits.

But, of course, the main event of the evening was a good-natured showdown between arguably the two greatest men's tennis players of all time. Federer earned a service break in the opening game en route to taking the first set before the Spaniard battled back to force a decider.

But the Swiss great ended up victorious, finishing off his 6-4, 3-6, 6-3 victory with a drop shot that Nadal was unable to retrieve. Amid all the laughs, both players showed off the talents that have earned them a combined total of 39 Grand Slam men's singles titles (Federer still holds the record with 20 "majors" but now is just one ahead of his 33-year-old arch-rival).

The event at Cape Town Stadium, which was built for the 2010 World Cup, was the first-ever match between the two tennis legends in sub-Saharan Africa. The Roger Federer Foundation had previously organised five "Match for Africa" exhibitions involving the Swiss great, but on this occasion the event was not only held to raise money for African children but also was played on the continent.