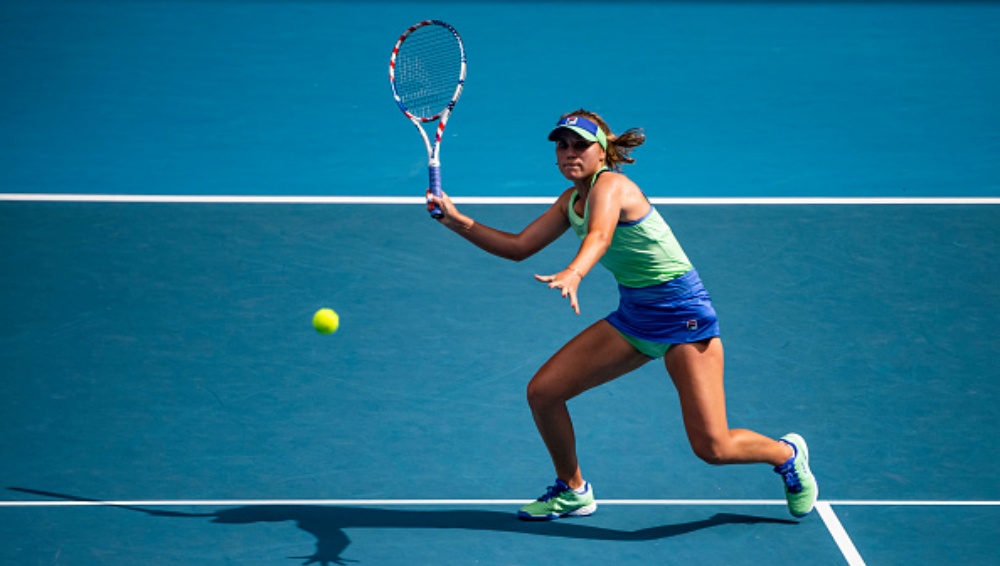 Sofia Kenin and Ons Jabeur will lock horns with each other in the quarter-finals of the Australian Open 2020 at the Rod Laver Arena. In this article we bring you the live streaming and telecast details of the much-awaited match, let’s have a look at the head-to-head details of the match and their previous performance in the Australian Open 2019. So the two will have a faceoff with each other for the fifth time in their careers. The two share a 3-1 head-to-head record for Kenin. They met each other in the second round in Mallorca in 2019. Coco Gauff’s Bid for History at Australian Open 2020 Ends in Tears, 15-Year-Old Crashes Out; Loses to Sofia Kenin in 4th Round Match.

It was Kenin who once again walked away with the last laugh as she won the game 6-2 2-0 ret. The American tennis player had participated in the Australian Open 2019 and was ousted by Simona Halep in the second round 6-3, 6-7(5), 6-4. Whereas the Tunisian player Ons Jabeur lost to Timea Babos in the first round and was crashed out as she lost the game 7-6(5), 7-6(3). Now let’s have a look at the live streaming details of the game below:

As Sony Pictures Networks has the broadcast rights, the live online streaming of Sofia Kenin vs Ons Jabeur women’s singles quarter-final will be available on its OTT platform SonyLIV mobile app and website.

Both Sofia and Ons have had an impressive run at the Australian Open 2020. Sofia had beaten Coco Gauff in three straight sets whereas Ons defeated China Wang Qiang in the previous round. Sofia Kenin made a strong comeback into the game after losing the first set and even the betting sites are placing their money on the USA player.