Wimbledon 2018 Match Time in IST: Day 11 Order of Play, Live Tennis Streaming, When & Where to Watch Telecast on TV & Online

The day 10 of Wimbledon 2018, witnessed the ouster of world number 12 Latvia's Jelena Ostapenko and Julia Gorges at the women’s semi-finals. 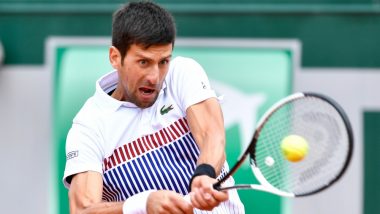 The day 10 of Wimbledon 2018, witnessed the ouster of world number 12 Latvia's Jelena Ostapenko and Julia Gorges at the women’s semi-finals. Jelena lost against Germany's Angelique Kerber in straight sets by 6-3, 6-3. Whereas Serena Williams defeated Georges in straight sets by 6-4 6-4. Which means Serena will face Angelique Kerber in the finals. Now, the day 11 has two men’s semi-finals lined up for us.

The first match will take place between South Africa’s Kevin Anderson and America’s John Isner. Whereas Rafael Nadal will take on Novak Djokovic in the second match. Both matches will take place at the Center Court.

Where to Watch Wimbledon 2018 Men’s Singles Semi-Final matches live telecast? On Which TV Channels in India?

All the matches of Wimbledon 2018, right from the third-round fixtures to the women's and men's singles final matches, Star Sports Network will be airing them on Star Sports Select 1 and HD.

Is there a live streaming of Wimbledon 2018 matches available online in India?

Digital and mobile platform Hotstar owned by Star India will be live streaming all the matches of Wimbledon 2018 for tennis fans who for any reason cannot catch the live action on television. So, get ready to watch the best of tennis - be it on TV or online!

(The above story first appeared on LatestLY on Jul 13, 2018 12:23 PM IST. For more news and updates on politics, world, sports, entertainment and lifestyle, log on to our website latestly.com).