Amazon CEO Andy Jassy has again defended massive layoffs at the company, saying, "we just felt like we needed to streamline our costs". 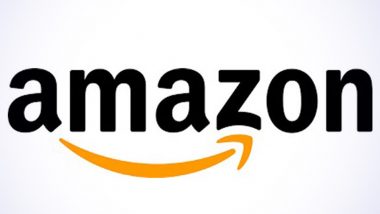 San Francisco, Dec 2: Amazon CEO Andy Jassy has again defended massive layoffs at the company, saying, "we just felt like we needed to streamline our costs".

Amazon's retail business grew faster during the early days of the pandemic and "it forced us to make decisions at that time to spend a lot more money and to go much faster in building infrastructure than we ever imagined we would," Jassy said during the event in the US, reports Fortune. Amazon Layoffs: Tech Giant Begins Firing 10,000 Employees, Alexa and Cloud Gaming Worst Hit.

"We knew we might be overbuilding," the Amazon CEO added.

Although Amazon has not revealed the numbers, reports earlier said the company will lay off around 10,000 employees across its devices, retail, and human resources divisions.

Earlier this month, Jassy warned employees that there will be more layoffs at the company in early 2023 "as leaders continue to make adjustments".

"Those decisions will be shared with impacted employees and organisations early in 2023," he had said in a statement.

"We haven't concluded yet exactly how many other roles will be impacted (we know that there will be reductions in our Stores and PXT organisations), but each leader will communicate to their respective teams when we have the details nailed down," Sassy added. Apple CEO Tim Cook Ignores Questions on Protests Affecting iPhone Manufacturing Companies in China.

"This year's review is more difficult due to the fact that the economy remains in a challenging spot and we've hired rapidly the last several years," said Jassy.

"We communicated the difficult decision to eliminate a number of positions across our Devices and Books businesses, and also announced a voluntary reduction offer for some employees in our People, Experience, and Technology (PXT) organisation," Jassy further said.

(The above story first appeared on LatestLY on Dec 02, 2022 12:17 PM IST. For more news and updates on politics, world, sports, entertainment and lifestyle, log on to our website latestly.com).