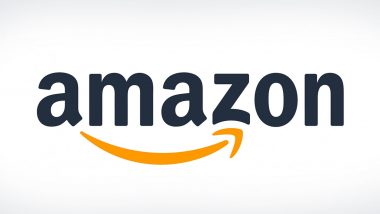 New Delhi, July 16: Amazon India has asked sellers to mention country of origin information on their products by August 10, according to a report by news agency Reuters. Amazon India has also warned sellers that they will be delisted if they don't provide country of origin information on products, adding that sellers will be "solely responsible" for accuracy of listing information. There was no official announcement by the e-commerce giant in this regard.

"Failure to provide information in the "country of origin" attribute by August 10, 2020, may lead to enforcement action, including suppression of your listing," Amazon India reportedly conveyed to sellers in a July 15 email, Reuters reported on Thursday. This came days after the Department for Promotion of Industry and Internal Trade (DPIIT), under the Ministry of Commerce, reportedly told e-commerce sites to indicate the country of origin on products.

The move comes in the backdrop of growing anti-China sentiments in India and Prime Minister Narendra Modi's push for a self-reliant nation. Anti-China sentiments are growing after 20 Indian soldiers were martyred in a face-off with Chinese troops in Ladakh's Galwan valley on June 15. Consequently, India banned 59 Chinese apps, including TikTok, saying it was done to counter the threat posed by these applications to the country's "sovereignty and security". Facebook, Instagram, TikTok, PUBG, Tinder Among 89 Apps Banned by Indian Army; Full List Here.

The Indian government has declared to have mandatory inscription of all goods that are to be sold on Government e-Market or GeM portal and in furtherance of the same. Earlier, the Confederation of All India Traders (CAIT) had asked Union Commerce and Industry Minister Piyush Goyal that all products sold in India through e-commerce or offline shops or by any other method should mandatory having the mention of Country of Origin and content of valued addition in the said item.

(The above story first appeared on LatestLY on Jul 16, 2020 09:15 PM IST. For more news and updates on politics, world, sports, entertainment and lifestyle, log on to our website latestly.com).

Comments
Tags:
Amazon Amazon India China Country of Origin India Made in China Made In India Make in India
Comments
You might also like