Another cyber security company Sophos said that it is already detecting malicious cryptominer operations attempting to leverage the vulnerability, and there are credible reports from other sources that several automated botnets (such as Mirai, Tsunami, and Kinsing) have begun to exploit it as well. 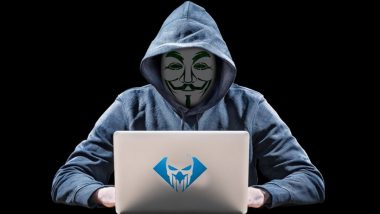 Several popular services, including Apple iCloud, Amazon, Twitter, Cloudflare and Minecraft, are vulnerable to this 'ubiquitous' zero-day exploit, now dubbed as one of the most serious vulnerabilities on the Internet in recent years. 'Apache Log4j' is used in many forms of enterprise and open-source software, including cloud platforms, web applications and email services.

According to cybersecurity researchers at Check Point, Since Friday (December 10), they "witnessed what looks like an evolutionary repression, with new variations of the original exploit being introduced rapidly- over 60 in less than 24 hours". Online Fraud In Maharashtra: 24-Year-Old Thane Woman Duped Of Rs 92,509 By Cyber Fraudster Impersonating SBI Official; Case Registered.

Apache Log4j is the most popular java logging library with over 400,000 downloads from its GitHub project. It is used by a vast number of companies worldwide, enabling logging in a wide set of popular applications.

Another cyber security company Sophos said that it is already detecting malicious cryptominer operations attempting to leverage the vulnerability, and there are credible reports from other sources that several automated botnets (such as Mirai, Tsunami, and Kinsing) have begun to exploit it as well.

"Other types of attacks - and payloads - are likely to rapidly follow. While there are steps that server operators can take to mitigate the vulnerability, the best fix is to upgrade to the patched version, already released by Apache in Log4j 2.15.0," Sophos said in a statement.

However, rolling out an upgrade may not be all that simple - especially if organisations don't know where it's been deployed as a component.

At present, most of the attacks focus on the use of cryptocurrency mining at the expense of the victims. However, under the auspices of the noise, more advanced attackers may act aggressively against quality targets. Cybersecurity Start-up CloudSEK Raises USD 7 Million in Series A Funding to Accelerate Global Expansion.

Researchers at Microsoft have also warned about attacks attempting to take advantage of 'Log4j' vulnerabilities, including a range of crypto-mining malware.

"In the case of this vulnerability 'CVE-2021-44228', the most important aspect is to install the latest updates as soon as practicable," said an alert by the UK's National Cyber Security Centre (NCSC).

Many Open Source projects like the Minecraft server, Paper, have already begun patching their usage of 'log4j2'. In a statement, Cloudflare has said it has updated systems to prevent attacks.

(The above story first appeared on LatestLY on Dec 13, 2021 09:11 PM IST. For more news and updates on politics, world, sports, entertainment and lifestyle, log on to our website latestly.com).