Apple has announced that Arizona will be the first US state to support driver's licenses and state IDs in the Wallet app on the iPhone. 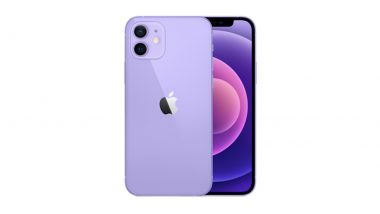 San Francisco: Apple has announced that Arizona will be the first US state to support driver's licenses and state IDs in the Wallet app on the iPhone. Arizonans can add their driver's license or state ID to Wallet, and tap their iPhone or Apple Watch to seamlessly and securely present it at select TSA security checkpoints in Phoenix Sky Harbor International Airport. Apple iPhone SE 5G Teardown Reveals 2018mAh Battery & Snapdragon X57 Modem: Report.

"We are thrilled to bring the first driver's license and state ID in Wallet to Arizona today, and provide Arizonans with an easy, secure, and private way to present their ID when travelling, through just a tap of their iPhone or Apple Watch," Jennifer Bailey, Apple's vice president of Apple Pay and Apple Wallet said in a statement.

Additional states will offer driver's license and state ID in Wallet soon. Colorado, Hawaii, Mississippi, Ohio, and the territory of Puerto Rico plan to bring this feature to their residents, along with the seven states Apple previously announced.

All information is shared digitally, so users do not need to show or hand over their device to present their ID. The TSA will also capture a picture of the traveller for verification purposes. Unlike physical ID cards, driver's license and state ID in Wallet presents only the information needed for the interaction, and the user has the opportunity to review and authorise the information being requested before it is shared.

(The above story first appeared on LatestLY on Mar 24, 2022 02:30 PM IST. For more news and updates on politics, world, sports, entertainment and lifestyle, log on to our website latestly.com).