It's also expected that the device will sport a high-resolution display, allowing users to read small bits of text while seeing other people in front of them at the same time. 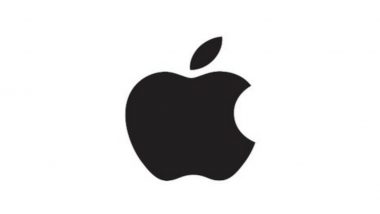 San Francisco, March 27: Apple is reportedly planning to release a combination AR/VR headset with a very similar design as the controller for the HTC Vive headset that was released in 2016. MacRumors recently published photos of an internal testing controller which comes with basic design. The Apple AR/VR headset may arrive as early as next year. It has been reported that iOS 14 contains a new Augmented Reality (AR) app codenamed Gobi and Apple is expected to use this app along with QR codes to test augmented reality experiences on its AR/VR headset. Apple's AR Glasses Under Development & May Be Launched By 2022: Report.

Apple is planning to reach out to third-party developers as early as 2021 to encourage them to build apps for the hardware. The headset could resemble the Oculus Quest with a high-resolution display and a lightweight design that makes it comfortable to wear. The AR headset is expected to sport a sleek design so that it is lightweight and comfortable for the wearer to roam around for prolonged periods, said the report.

It's also expected that the device will sport a high-resolution display, allowing users to read small bits of text while seeing other people in front of them at the same time. The Cupertino-based tech giant is also testing AR/VR game titled 'crosswalk bowling game'.

(The above story first appeared on LatestLY on Mar 27, 2020 04:06 PM IST. For more news and updates on politics, world, sports, entertainment and lifestyle, log on to our website latestly.com).