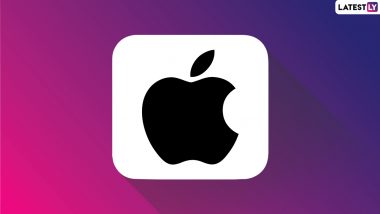 The 2022 iPhone SE will reportedly launch in the first half of the year and feature 3GB memory, according to Kuo, while the 2023 iPhone SE will feature more significant changes, including a larger display and 4GB memory.

Display analyst Ross Young previously said that Apple is working on a new 4.7-inch iPhone SE with 5G connectivity for launch in 2022, followed by a successor iPhone SE model with a 5.7-inch to 6.1-inch LCD display in 2024, as per the report.

The 2022 iPhone SE is expected to retain the design and 4.7-inch display of the current model and add 5G connectivity, but it is not clear if it will contain either the A14 or A15 chip, the report said.

(The above story first appeared on LatestLY on Dec 09, 2021 08:40 AM IST. For more news and updates on politics, world, sports, entertainment and lifestyle, log on to our website latestly.com).