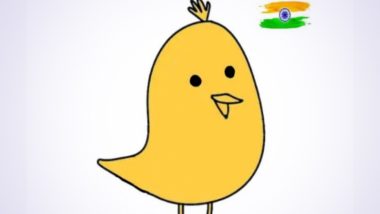 "As earlier stated, we had been in discussion with Shunwei Capital to enable a smooth exit after it invested in our company 2.5 years ago while we were raising funds for Vokal and has now fully exited the parent company Bombinate Technologies," Aprameya Radhakrishna, CEO and Co-founder, Koo, said in a statement.

Koo, which positions itself as an "Aatmanirbhar" app for India and the world, had earlier faced criticism for the company's links to Chinese funding. The microblogging platform, however, said that is one of the first companies in India to be proactive in its actions of cleaning up its cap table and has doubled down on its commitment to build an Aatmanirbhar app.

Koo, which has over 40 lakh users, is a platform for thoughts and opinions voiced in Indian languages. Users can easily create their thoughts using text, audio or video in multiple Indian languages and share them with the community at large. It creates a space for Indians to connect, comment and engage with each other. The platform facilitates active conversations as creators can express themselves and users can follow creators of their choice to create a customised feed. Koo Co-founder Mayank Bidawataka had earlier said that the company aims to garner 10 crore users by the end of this year.

Srinath said: "I am very happy to be backing Koo -- one of India's most talked about social media platforms. The fact that they are building a platform to bring the voices of Indian language audiences onto the internet is commendable and as an Indian I extend my support to them wholeheartedly."

(The above story first appeared on LatestLY on Mar 18, 2021 09:50 AM IST. For more news and updates on politics, world, sports, entertainment and lifestyle, log on to our website latestly.com).