The investment, Idema added, will support Facebook and Gojek's shared goal of empowering businesses and driving financial inclusion across the archipelago. 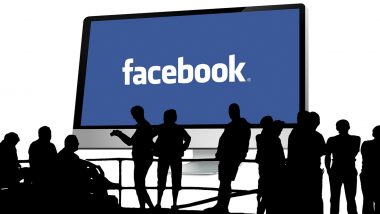 San Francisco, June 3: Facebook and Paypal have announced to invest in Gojek, Indonesia's first and fastest growing app for ordering food, shopping, commuting and making digital payments across Southeast Asia. Matt Idema, Chief Operating Officer, WhatsApp, did not disclose the sum the company has invested in Gojek but said this underscores Facebook's commitment to serving small businesses and helping bring them and their customers into the digital economy. Latest News | Saregama, Facebook Ink Global Licensing Deal.

Since its launch in 2015, the Gojek app has helped bring hundreds of thousands of merchants onto its platform, giving them access to more than 170 million people across Southeast Asia. Its payments business processes billions of transactions each year and owns the largest e-wallet in Indonesia.

"The majority of small businesses in Indonesia rely on cash to operate due to the country's large unbanked population. Digital payments are safer than cash, both for businesses and customers. And digital payments help more people participate in the economy and give businesses access to credit which is crucial for business growth," said Idema. Facebook CEO Mark Zuckerberg Again Defends Decision on Not Flagging Donald Trump Post.

PayPal said the commercial partnership will enable it to "significantly grow" its scope and scale in Southeast Asia.

"This new relationship is another positive step in our journey towards becoming the worldwide payments partner of choice, and helping to fuel global commerce by connecting the world's leading marketplaces and payment networks," PayPal said in a statement.

The investment, Idema added, will support Facebook and Gojek's shared goal of empowering businesses and driving financial inclusion across the archipelago. WhatsApp helps small businesses communicate with customers and make sales, and together with Gojek, "we believe we can bring millions of people into Indonesia's growing digital economy". Gojek was first established in Indonesia in 2009 as a call centre to connect consumers to courier delivery and two-wheeled ride-hailing services

(The above story first appeared on LatestLY on Jun 03, 2020 11:18 AM IST. For more news and updates on politics, world, sports, entertainment and lifestyle, log on to our website latestly.com).