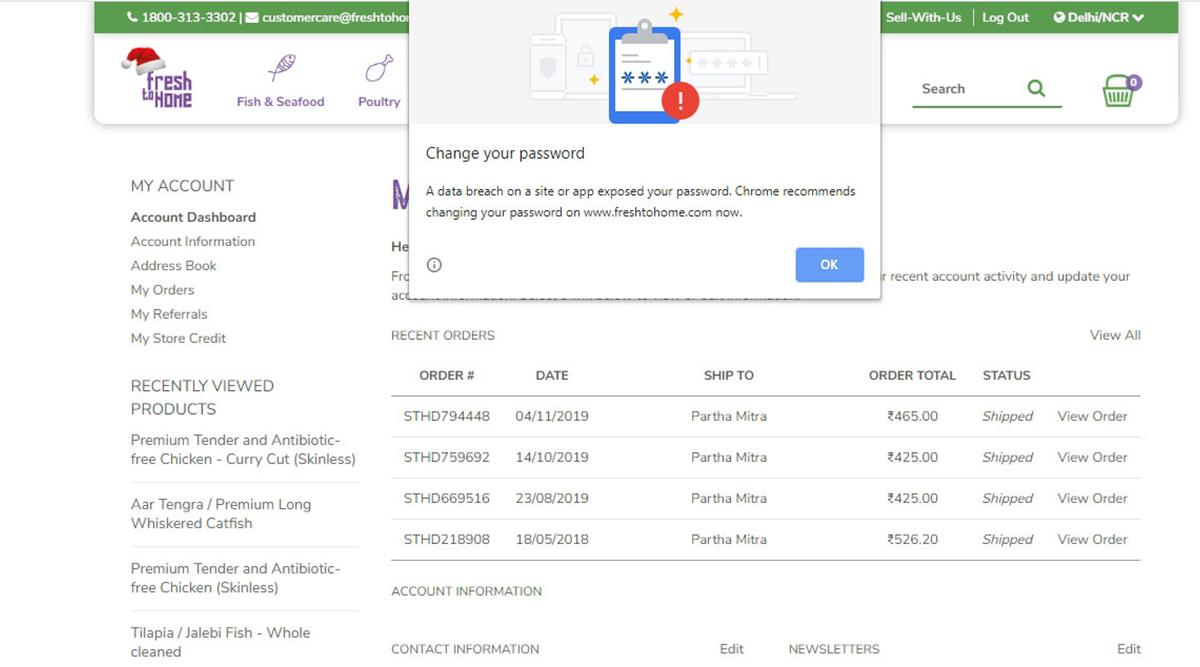 New Delhi, Dec 19: Tech giant Google has issued warning of data breach for users in India after fixing the Chrome 79 bug, urging them to immediately change their passwords on websites that have been affected. Alert pop-ups began emerging on laptops, desktops and mobile screens on Thursday, leaving several Indian users including a media organisation, alarmed to read the warning that their passwords may have been stolen as part of a data leak. After halting the roll-out of latest version of Chrome after a bug wiped out data in select Android applications, Google resumed Chrome 79's rollout this week. The company is now sending notifications to Indian users, on affected websites, advising them to change their password. Google Launches Update For Android Messages App To Make SMSing Look Similar To Apple's iMessage: Report

The tech giant introduced Chrome 79 in a bid to offer users better password protection. The rollout of Chrome 79 resumed this week on desktop and mobile platforms as confirmed by Google's Chrome Releases blog. Chrome 79 (79.0.3945.93) for Android includes a fix for the WebView bug. The fix is described as, "Resolves an issue in WebView where some users' app data was not visible within those apps. The app data was not lost and will be made visible in apps with this update". Google Earth Covers 98 Per Cent of Entire Population

According to AndroidPolice, WebView is responsible for rendering web pages inside applications. This feature is used by several third-party applications to open a page. However, Google Chrome loads the content in this case. Some apps that use WebView functionality are Twitter Lite and PhoneGap. A Chromium engineer took to Google threads to issue a public statement" "We are currently discussing the correct strategy for resolving this issue which will be one of: a) continue the migration, moving the missed files into their new locations. b) revert the change by moving migrated files to their old locations. We will let you know which of these two options have been chosen soon." Additionally, in a bug report filed last week, Google developers confirmed that they forget to move the contents of localStorage or WebSQL into the new Chrome 79 directory.