Google Services Resume: Gmail, YouTube And Other Services Back After Outage of Over 30 Minutes 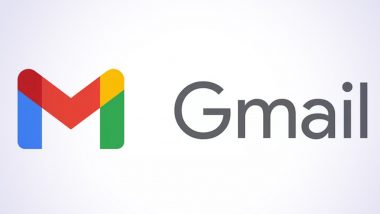 New Delhi, December 14: Gmail and Youtube applications were resumed after Google services suffered a global outage that lasted for about 30 minutes on Monday.  Notably, Gmail and Youtube are the two most used applications of Google. At around 5:40 pm IST users took to various social media applications to raise complaint they were unable to use Google Chats, Hangouts and other services.

Google Chats and Gmail are used on a real-time basis for sharing information, so the outage was a matter of concern for people working online. These applications have become important after the outbreak of COVID-19 as most of the people working from home share data using the apps. Gmail, YouTube Down Globally: Users Unable to Operate Google Chat Among Other Services As Well.

After Gmail and Youtube suffered outage, users received messages, "There was an error. Please try again later. That's all we know." "Temporary Error (500)" was displayed on the screen. However, the reason of the outage is still not known. Though Gmail and Youtube were down, Google browser functioned normally.

(The above story first appeared on LatestLY on Dec 14, 2020 06:21 PM IST. For more news and updates on politics, world, sports, entertainment and lifestyle, log on to our website latestly.com).