The safety check lets users in the area of the issue broadcast to their Facebook friends that they are safe from the ongoing trouble. 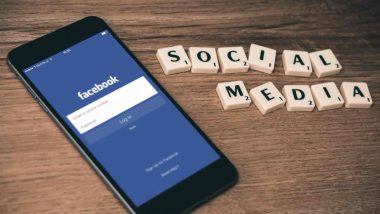 Facebook has a safety feature which can be used to mark oneself safe in case of a disaster. The social media site has made the feature live at multiple instances in the past including the terror attacks, floods and at other uneventful times. The safety check lets users in the area of the issue broadcast to their Facebook friends that they are safe from the ongoing trouble.

The feature which was first introduced in 2011 was not widely used until 2015 Paris attacks. Since then Facebook safety check started to be largely used by people who use the social media to broadcast that they are away safe from the turmoil.

Here's your guide to the social media tool which can be used in case of an emergency:

In the future, Facebook aims to automatically activate Safety Check if you are in the area of a disaster it knows about.

If you live in a place where a number of people are posting about any particular event, then Facebook may send you a notification asking if you are safe.

If you get a notification, click on it and choose I'm Safe.

This will be given priority over other posts, so it should be easy to see. One can thus let their friends and family know about their safety and can reach out to nearby community support for help. Recently, thousands used the 'Safety Check' feature to mark themselves safe from a dust storm, hail and lightning. The natural disaster claimed 53 lives in Uttar Pradesh, West Bengal, Delhi and Andhra Pradesh, according to a Ministry of Home Affairs (MHA) report. Following the storm, Facebook had activated the feature on Monday.

(The above story first appeared on LatestLY on May 19, 2018 05:24 PM IST. For more news and updates on politics, world, sports, entertainment and lifestyle, log on to our website latestly.com).