According to a report by Indian TV, the hackers used Pakistani software to compromise the IRCTC Tatkal system to book train tickets, bypassing the Indian Railways as well as the banks OTP safeguards. 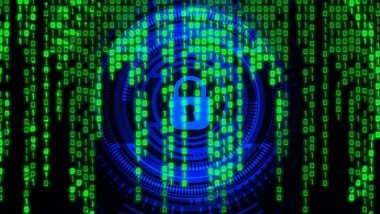 Mumbai, September 2: The Railway Protection Force (RPF) of the South Western Railway (SWR) busted a network of hackers who booked railway tickets through an illegal Pakistani software and extorted higher fare from the passengers. According to a report by Indian TV,  the hackers used Pakistani software to compromise the IRCTC Tatkal system to book train tickets for passengers, bypassing the Indian Railways as well as the OTP safeguards.

A railway zone official was quoted in the report saying that in September 2019, the intelligence agencies had alerted on the use of illegal software for bypassing the IRCTC and bank security systems which were used for booking Tatkal tickets throughout India. The report added that after multiple raids by SWR Railway Protection Force, a suspect was arrested in Odisha and was then brought to Bengaluru. Pakistan Based Hackers Target Personal Website of MoS G Kishan Reddy, Now Temporarily Unavailable.

The probe revealed that the man provided the lead about the mastermind of illegal software business and said that he was using Pakistani software of high-level hacking caliber to break into the applications of ISRO, Railways and other government organisations. Pulwama Aftermath: Pakistan Tried to Hack Over 90 Indian Websites, Failed Miserably.

The report stated that the RPF team had arrested the hacker from Kendrapara in Odisha in January. During interrogation, it came to light that he was having Pakistan-based softwares for hacking device applications of ISRO, Railways, and other government organisations. Officials added that as a result of this activity, unauthorised tickets were booked and genuine passengers could not book e-tickets through IRCTC personal identities as the tickets would vanish  within seconds of opening the website.

(The above story first appeared on LatestLY on Sep 02, 2020 12:05 PM IST. For more news and updates on politics, world, sports, entertainment and lifestyle, log on to our website latestly.com).