Meet Zubair Shaikh The Founder Of Hostlelo.com The Leading Hosting Provider For Small And Medium Industry In India 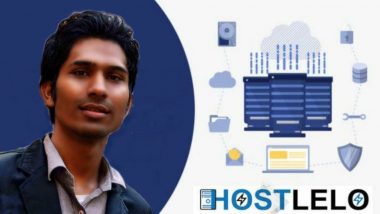 Hey, Do you know about the story of the India’s Youngest Entrepreneur Zubair Shaikh who founded a Hosting company called HostLelo now its own tags of India’s Best Hosting company and earns up to Millions great ! It's a result of the struggle which was done by Zubair Shaikh.

Who is Zubair Shaikh?

Zubair Shaikh has also worked on  development project’s of India’s top companies like HDFC Bank, Yes Bank, Aditya Birla Finance, Magma Finance at this time period he learned so many things about Management, How companies work and what kind of problems are common among the peoples.

He always want to start something own which can be help others so he get an Idea to start Hosting company on 2017 because these days Hosting is quite costly and normal people can’t buy a powerful hosting at cheap affordable price so Zubair Shaikh start his HostLelo to solve the problem of developer or people who want to start own website,

The motto of company HostLelo is to focus on the customer satisfaction and customer support HostLelo Team is very active and they provide 24*7 live chat, call support to help customers.