Nuaman Mulla’s Astonishing Journey in the Music Industry - The King

Every artist has his own set of stories, struggles, and emotions that he had faced in the world to become a legend in his career. We only admire their works and listen to their songs rather than focusing on what they have done under what circumstances such that they have become such wonderful musicians. 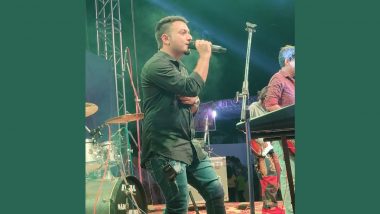 “Music expresses feeling and thought, without language; it was below and before speech, and it is above and beyond all words.” Singers have contributed a lot to the music industry by producing one of the finest songs that heals our broken hearts and relaxes our bodies. No other person gets that amount of blessing than a musician does.

Every artist has his own set of stories, struggles, and emotions that he had faced in the world to become a legend in his career. We only admire their works and listen to their songs rather than focusing on what they have done under what circumstances such that they have become such wonderful musicians.

And it’s very important to understand their journey such that the emerging artists would get motivated enough to step out of their homes and become like them. Meet Nuaman Mulla, a rising star in the music industry who is bringing his aspirations to life. A person whose soothing voice has healed our minds with his mesmerizing music.

During his initial days Nuaman started creating music at his home and Started Posting it on Various Social Media Platforms. He Started Getting Appreciation from Family , Friends etc and a lot of people started following him due to his amazing Talent. He hails from Daman, a small union territory with no musical opportunities and no classes. He began his career by playing the drums at school activities.

He subsequently developed an interest in learning the keyboard and enrolled in classes in Mumbai, which required him to travel to Mumbai and back to Daman in one day which signified his determination and dedication. He began to receive praise from friends and family members, and others began to listen to his songs.

That's when he realized that he would ingrain his roots in music-making. Slowly but steadily, he began approaching his inspired artists, which led to him being hired by production houses, and he began watching YouTube tutorials.

Nuaman has collaborated with several YouTubers over the years, and we've made some incredible music together. In addition, he worked on T-Series Mixtape alongside renowned musicians, which fine-tuned his understanding of music and forced him to delve deeper into the realm of music creation and production. Overall, he believes it is the blessings of my mentors, combined with his genuine desire to connect with music, that has brought him to this point.

In T-Series Mixtape Season 2, he also worked with notable Bollywood music composers and vocalists like Abhijit Vaghani, Shreya Goshal, Jubin Nautiyal, Armaan Malik, Amaal Malik, and Shirley Sethia, which he considered a genuine achievement. In addition, in 2010, he formed “REFLECTION” with a few buddies from school, which is Daman's first rock band.

What began as a pastime has grown into a full-time band that caters to corporate and wedding clientele, with over 1500 events under our belt. Reflection is currently a well-known band in South Gujarat and Mumbai. He also has a huge fan following on Instagram of around 30k active followers that enjoy the music which he uploads. All he believed is in his persistence and enthusiasm for music that got him where he is now.