OnePlus 9 Long-Term Review: Is It Worth Spending Half a Lakh Rupees on This Premium Phone?

We have used the OnePlus 9 smartphone day-in and day-out to find an answer to the only question, is it worth spending Rs 50,000 on this premium phone? Let's find out. 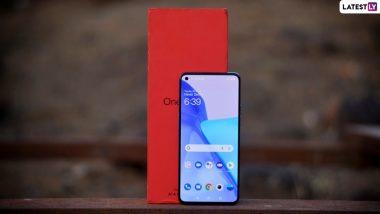 OnePlus' latest flagship is undoubtedly the most ambitious offering to date from the brand. And we can't simply deny that. The Chinese phone maker has always attempted for the bull's-eye when it comes to designing smartphones. We have seen several flagship killers from the brand with an intuitive design over the years. And, the OnePlus 9 is no different from its predecessors, when it comes to design. The brand has consistently delivered on the design front with new smartphones hitting the deck each year. It won't be wrong to say OnePlus has stayed very much in line with its tagline - Never Settle. 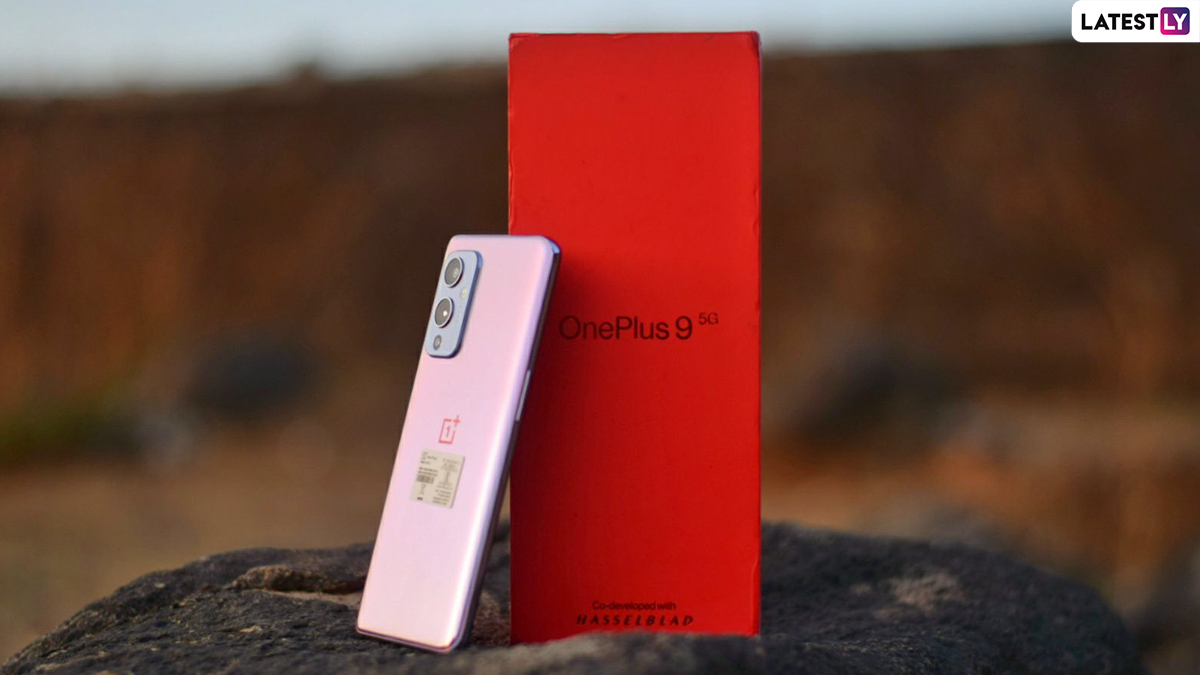 OnePlus introduced the new OnePlus 9 series earlier in March and we got our hands on the OnePlus 9 immediately after the launch. The handset has been with us for about three months now, and it has been put through some real-world usage. We have used this handset day-in and day-out, under the sun and rain to find an answer to the only question, is it worth spending Rs 50,000 on this premium phone? Let's find out. 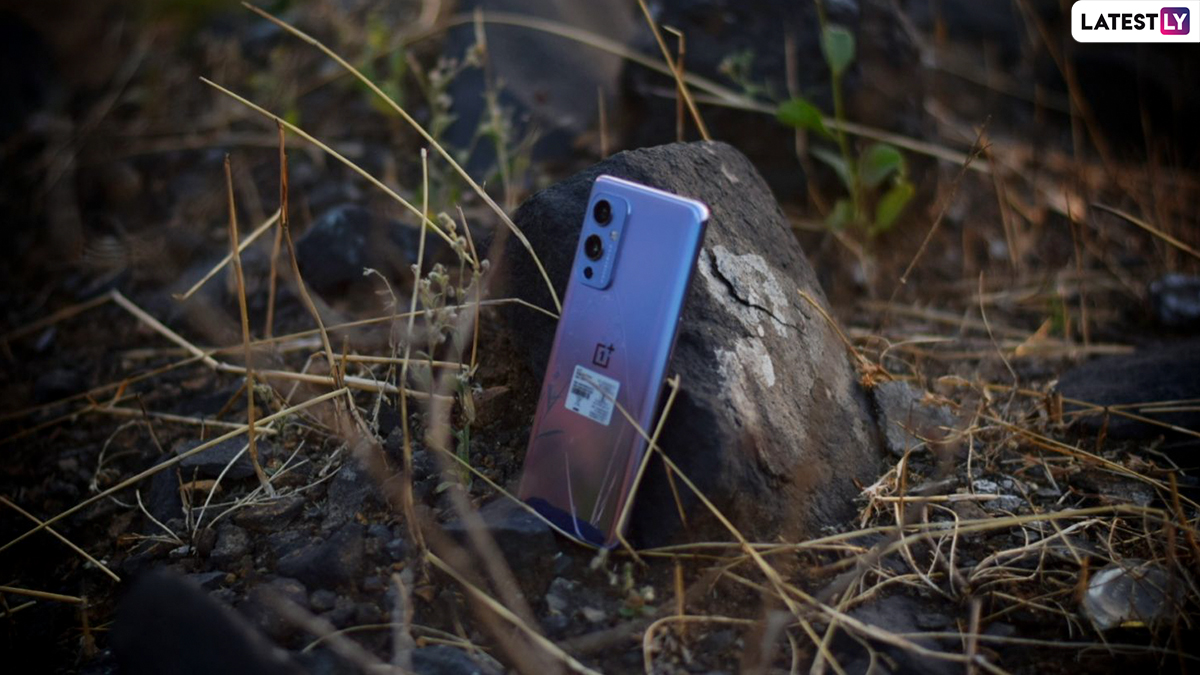 OnePlus sent us the top-end 12GB variant sporting an eye-glazing 'Winter Mist', giving a premium touch to its overall aesthetic. The phone is also available in two other shades - Arctic Sky and Astral Black. The design is phenomenal and we can say that the brand has left no stones unturned to make this an appealing one. The phone is sleek, neatly designed and the quality is top-notch. It gets a glass body with a glossy finish, thus smudges are something that you would have to deal with unless using the stock transparent case or getting a strong case. In fact, we did get a sandstone hard case out of the box. 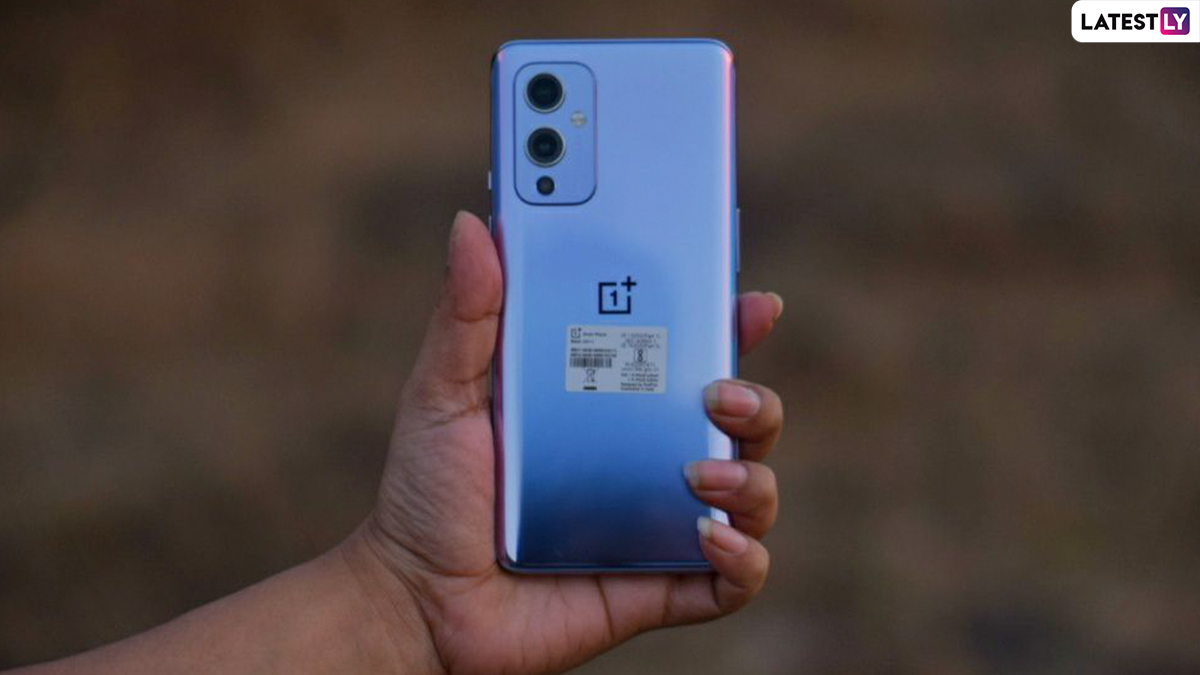 There's OnePlus branding in the centre, similar to previous smartphones from the brand. The camera module is positioned on the top-left corner in a vertical position. The rectangular island houses two big camera sensors and a single monochrome lens. It also gets a Hasselblad branding and an LED flash. Apart from this, port and button placement remains the same. On the right side, there's a signature alert slider with a power button, while volume rockers are positioned on the left side. Moreover, the Type-C port, single speaker and SIM tray are positioned at the bottom. 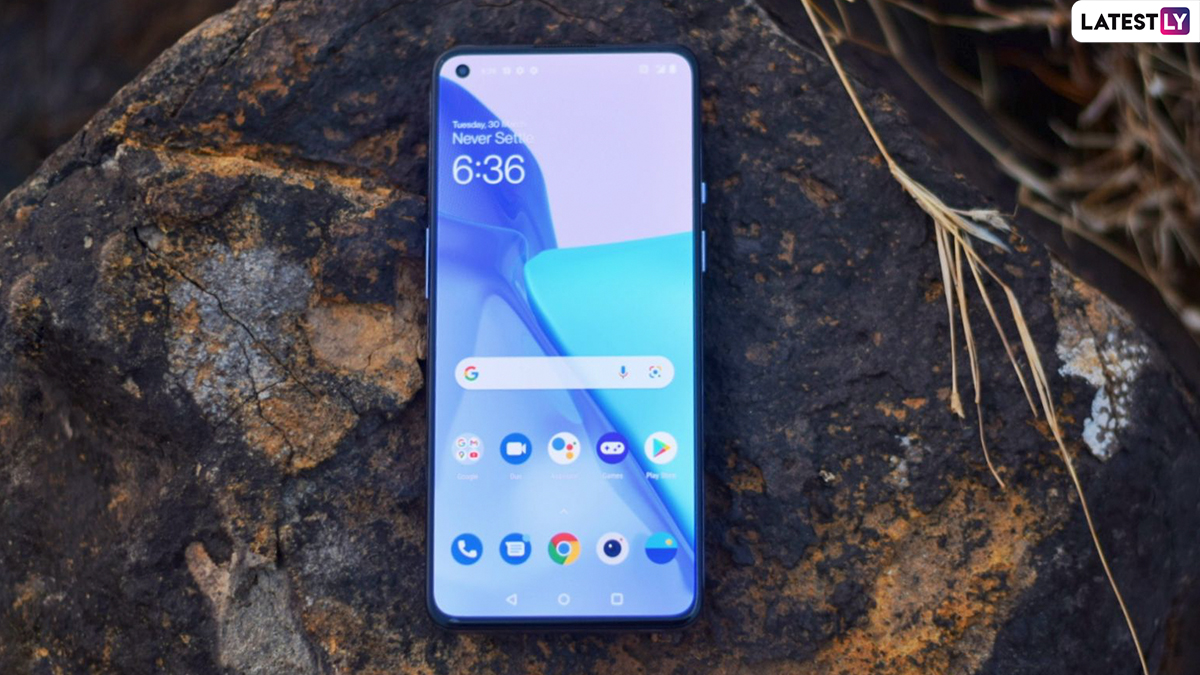 Like the OnePlus 8, the company retained the non-edged display. However, the elder OnePlus 9 Pro features a curved display, something we get to see on the OnePlus 8 Series. The 6.55-inch Fluid AMOLED display with 120Hz is super smooth. Now, the display is one such area where OnePlus has always amused us when it comes to the viewing experience. The phone supports QHD+ resolution with a 120Hz of refresh rate. However, you get an option to choose between 60Hz and 120Hz, for me latter suited better. The display is very much vibrant and 1300 nits provide sufficient brightness while viewing under direct sunlight. 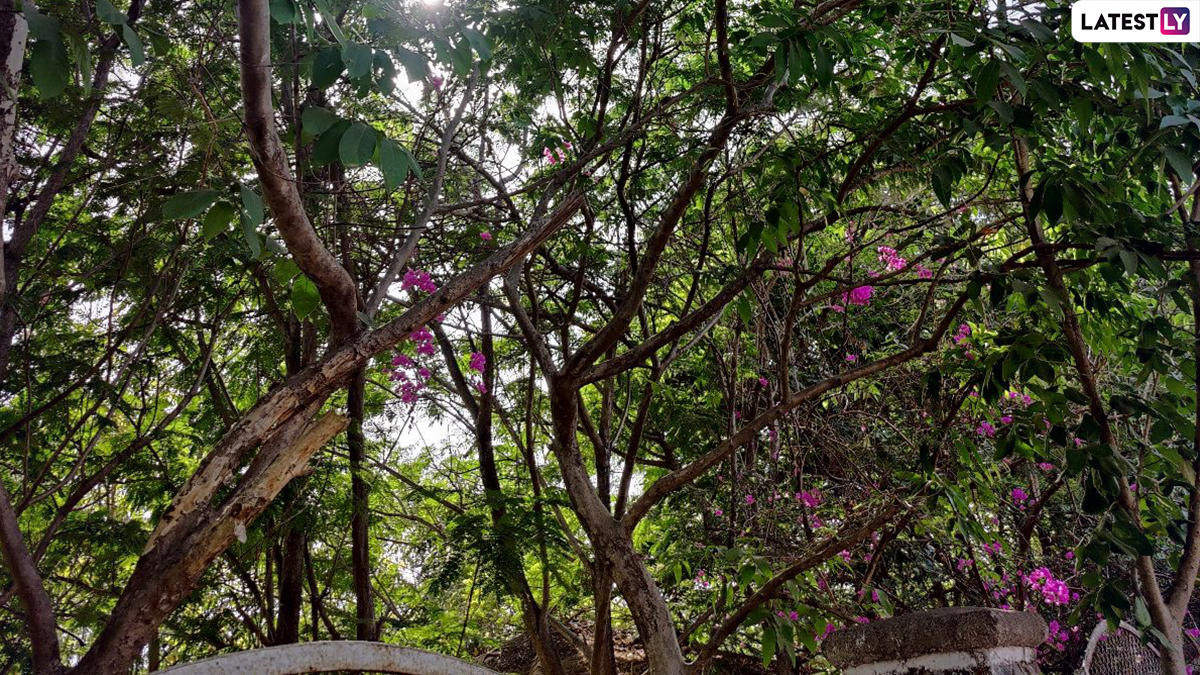 The OnePlus 9 comes loaded with a quad rear camera setup. The main camera is a 48MP IMX789 sensor with f/1.8 aperture and OIS, there's also a 50MP ultra-wide Sony IMX766 14mm equivalent sensor along with a 2MP monochrome lens. The main highlight of the cameras is a collaboration with the Swedish camera brand - Hasselblad. 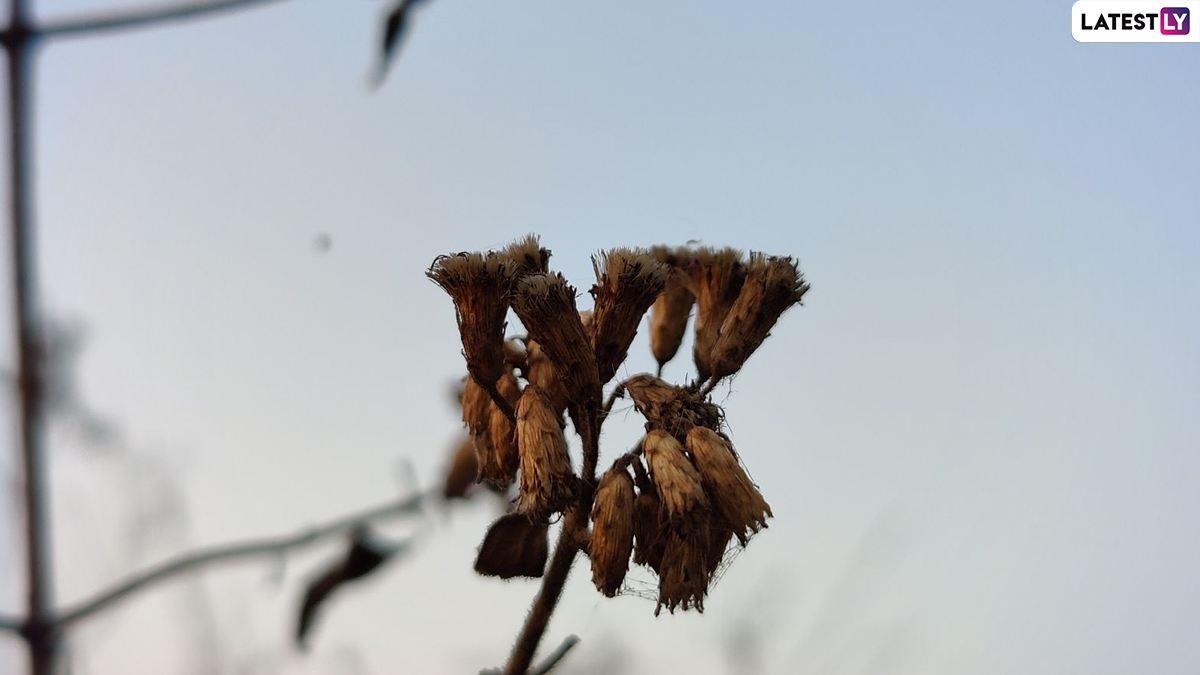 This partnership has certainly added some additional value to OnePlus. The first time that one cannot neglect is how cameras now handle the colours. Additionally, the camera app has been updated to match Hasselblad’s Iconic orange shade. The colour tone has improved a lot, churning out eye-pleasing images. The images are rich in colour, with a wide vivid range. 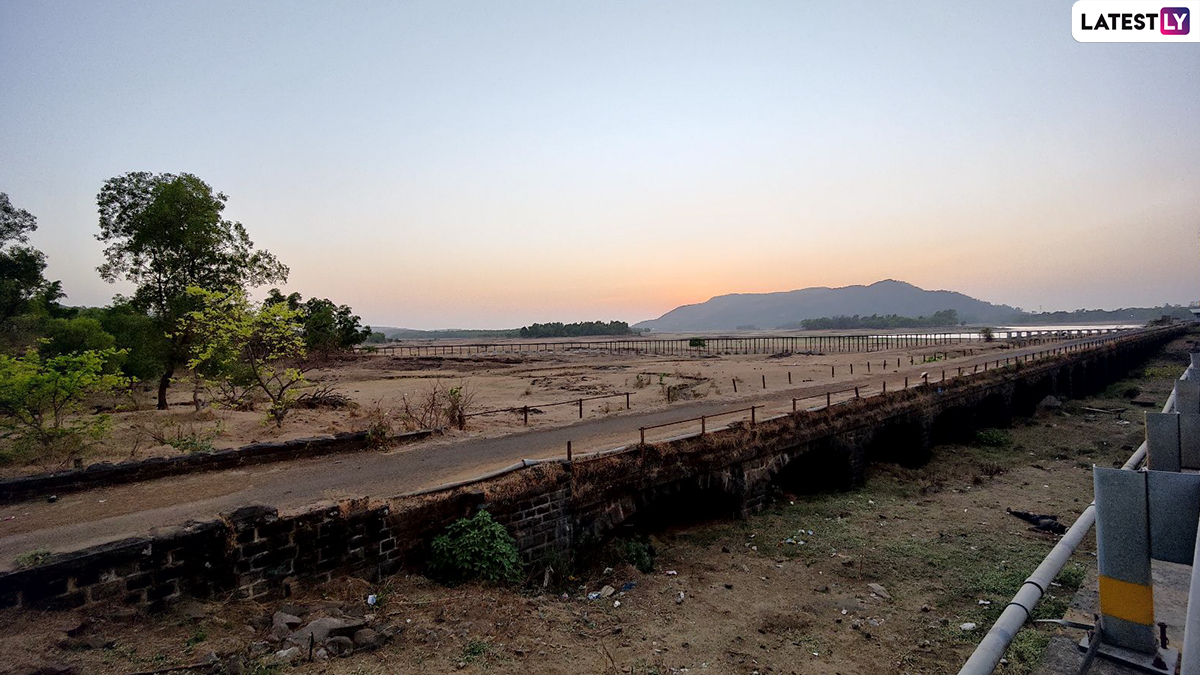 OnePlus has elaboratively talked about a wide-angle lens with minimal distortion around the images. The landscape images now look more sharp and compelling. The cameras are pretty fast to focus, with no delay in capturing once the shutter is pressed. Unless you are capturing images in Nightscape mode. The macro shots have come out really well. Coming to the monochrome lens, it doesn't do much except for black and white images. 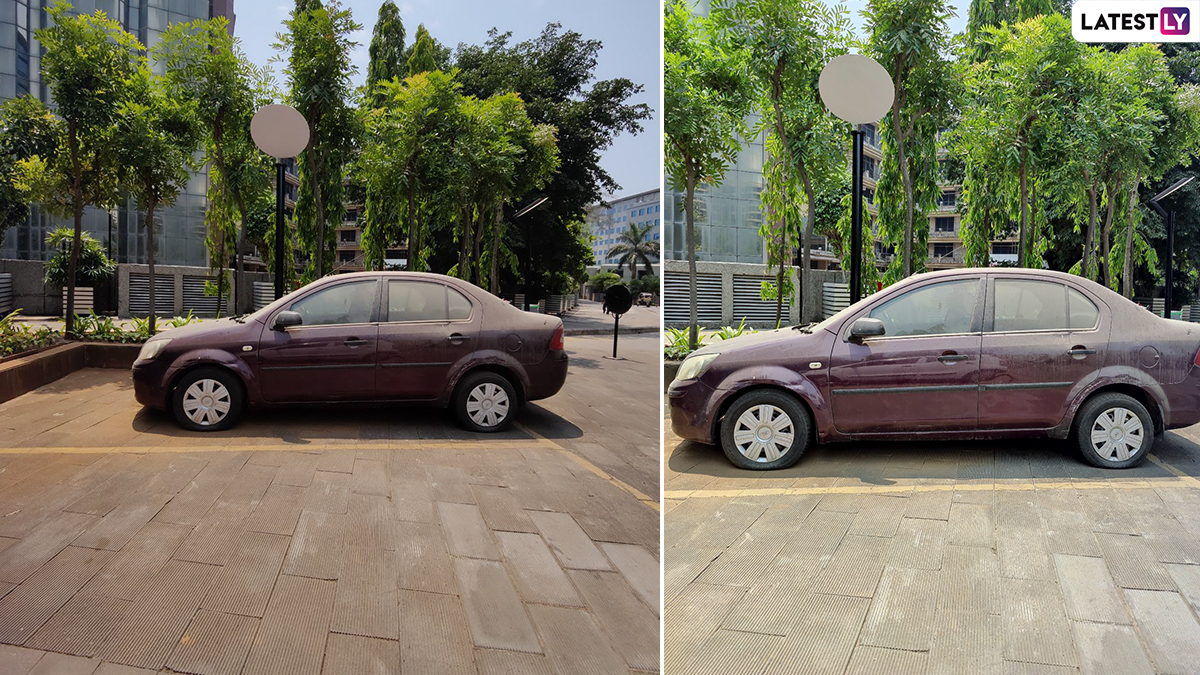 The OnePlus 9 smartphone uses Qualcomm's flagship chipset - Snapdragon 888 supporting 5G capability. Though we are still far away from 5G connectivity, so it doesn't matter at this point in time. The chipset is very much capable, ensuring smooth functioning despite multitasking among apps and other activities. The chipset is up for any task thrown in its way. In terms of gaming, this aspect is covered too. It offers a smooth gaming experience with no lag or jitter whatsoever, despite playing games in high-resolution graphics. With moderate to heavy game usage, the temperature remained under check. However, it did feel hot post-game session. 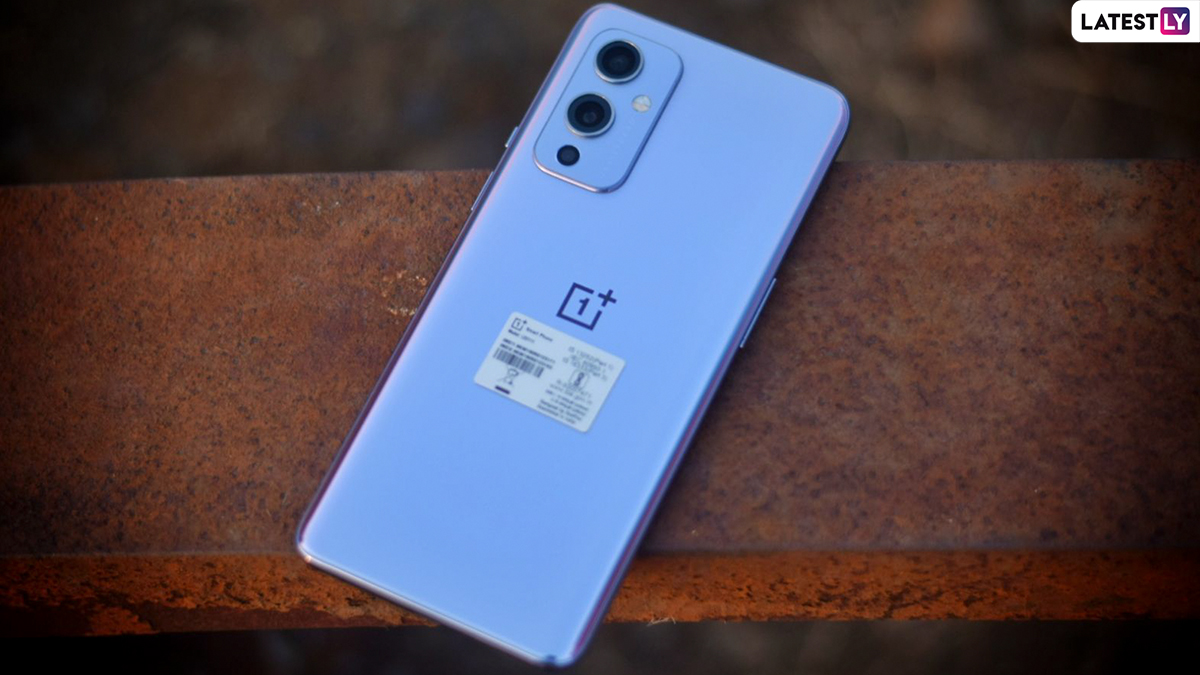 The phone ships with OxygenOS 11 based on Android 11 out of the box. OnePlus was quick enough to bring a new update immediately after its launch. During our 3-month of testing, there have been plenty of updates that were rolled out. OnePlus' custom ROM has been one of the clean and user friendly OS that is available in the market. Apart from plenty of positives, OxygenOS falls short this time around. We noticed several bugs during user testing that we didn't expect from OnePlus. Unfortunately, apps like Netflix, WhatsApp, Instagram and quite a few others were pluggy ever since the phone came out of the box. However, these were catered to with the updates rolled out for the device. Another disappointment is that OnePlus is providing only 2-years of software updates. We personally believe this should be at least three years. 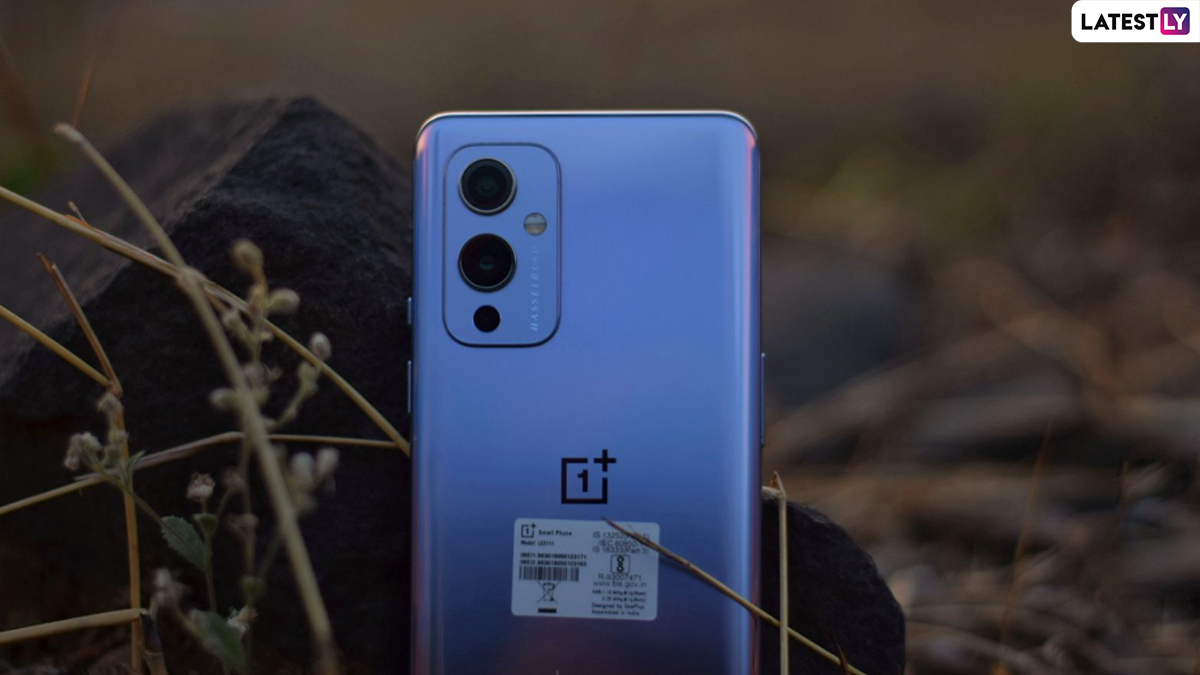 The OnePlus 9 is fuelled by a 4,500mAh battery with 65T fast charging. Unlike the elder sibling, it misses out on wireless charging. The backup is pretty decent for day-to-day usage providing sufficient juice to carry out daily activities. The 65T fast charging is a boon, particularly when you really need a top-up. The phone can be charged from 0 to 100% in under 30 minutes. 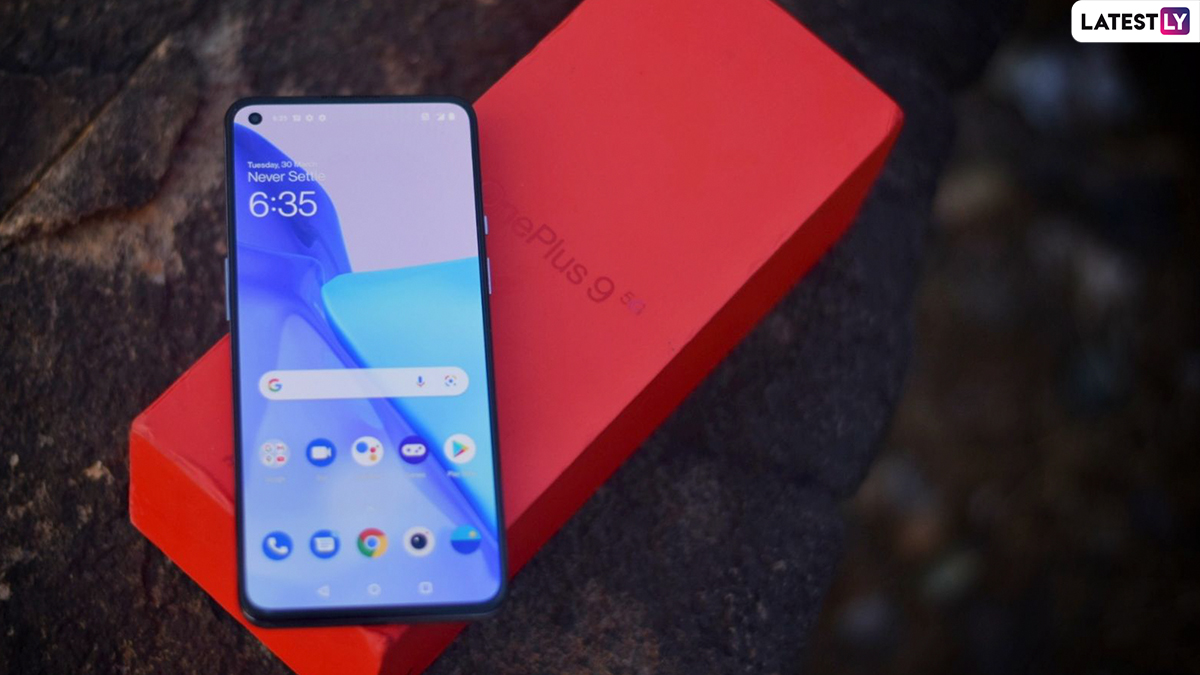 OnePlus 9 is up for sale in two variants - 8GB +128GB & 12GB + 256GB. The former is priced at Rs half a lakh while the latter will cost you Rs 54,999. At a price point of Rs 49,999 (starting), the OnePlus 9 is pretty much everything you need from a premium phone. But, we believe that the company could slightly improve cameras for better performance. The camera performance is good, but it could be slightly better. And, OxygenOS is another area where OnePlus really needs to up its ante. All in all, the OnePlus 9 is one of the feature-packed premium products in the market under a premium range, considering the brand addresses minor issues in future updates.

(The above story first appeared on LatestLY on Jul 09, 2021 10:19 PM IST. For more news and updates on politics, world, sports, entertainment and lifestyle, log on to our website latestly.com).