Enough has been spoken about several brands and businesses doing exceedingly well in their respective industries and sectors around the world. 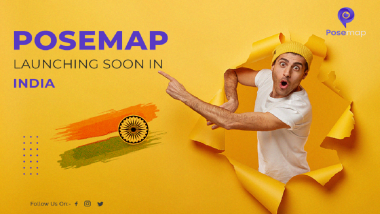 Touted to give a tough competition to I-photos and Google photos, Posemap is an emerging app integrated with intelligent AI for photo management.

Enough has been spoken about several brands and businesses doing exceedingly well in their respective industries and sectors around the world. However, do all of them go ahead in becoming top-notch brands that can even compete with the established players in their respective niches? Well, definitely, there are a few rare gems thriving on honesty and transparency that offer their target audience the products/services they need or demand. The world of technology today is seen as one of the fastest-growing, thanks to many incredible minds that have introduced compelling products and services based on smart tech. Doing that and much more in the app development niche is Ghislain, an ace entrepreneur and the one who created something as amazing as Posemap, a one-of-a-kind photo-managing app.

Posemap.com is one of those rare apps in the app industry today that, in a very short span of time, has garnered massive name, recognition, and momentum for all the right reasons. It is an excellent new startup, and a photo-managing app, which is touted to give its competitors like I-photos and Google photos a run for their money; such is the robustness and efficiency of the app, which is integrated by smart AI for adept photo management. Posemap offers different features and tools that help people to manage and organize their pictures and media without any hassle. To capture the audiences in India, too, Ghislain, who created this app, is looking forward to launching it in the country this June.

Talking more about its incredible features, the entrepreneur says that Posemap offers outstanding privacy features, where it rules out any chances of photo-leaking, offering cloud storage of as much as an individual wants. These features are offered to people in annual plans and monthly subscription plans, and the team is now working toward offering 1-time charges in mid-June 2022. Ghislain points out that his aim right from the time he entered entrepreneurship was to add value into people’s lives through his work, and that’s what he has been doing with Posemap. Even after tasting failure at the beginning of his career with a startup that he had to close down, his courage, ideas and visions led him to create Posemap, which he believes will soon be the central point for photo lifecycle management.

Ghislain with Posemap is on his way to inspiring change and greatness in the app world.