The incident took place in Kalyan on February 7 when PUBG addicted Rajnish Rajbhar got into an argument with her sister and later stabbed her fiance. 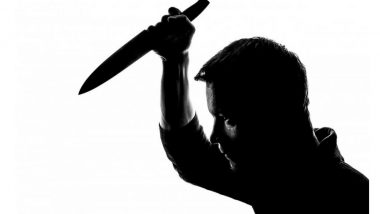 Mumbai, February 15: A 27-year-old man, who is a PUBG enthusiast, attacked her sister's fiance with a knife when he found his mobile charger damaged. The incident took place in Kalyan on February 7 when PUBG addicted Rajnish Rajbhar got into an argument with her sister and later stabbed her fiance, identified as Om Bavdnakar. The police said Rajbhar lost his calm when her sister and Bavdnakar scolded him for playing PUBG all time.

Rajbhar was playing PUBG when his mobile phone got switched off. He then started searching for a mobile charger, but found its wire cut. He accused her sister of damaging the charger despite her strong denials. In order to take revenge, Rajbhar took out a knife and cut the wire of his sister's laptop. When Bavdnakar intervened and chided him for losing cool on for just an online game, Rajbhar stabbed him in the abdomen, TOI reports. PUBG Addiction Makes Man Leave His Pregnant Wife After She Scolds Him For Playing the Game Non-Stop.

Bavdnakar got himself admitted to a private hospital in Kalyan. After discharge on Wednesday, he lodged a complaint. The Kolsewadi police booked Rajbhar for assault and initiated an investigation. Earlier this month, a 17-year-old man from Kurla committed suicide after a verbal spat with his family members over buying a smartphone. The deceased, identified as Nadeem, wanted to buy a costly mobile phone to play PUBG game.

Last month, an 11-year-old boy had filed a petition in Bombay High Court seeking a ban on PUBG. In his petition, Ahad Nizam said the popular online game promoted violence, aggression and cyberbullying.

(The above story first appeared on LatestLY on Feb 15, 2019 12:29 PM IST. For more news and updates on politics, world, sports, entertainment and lifestyle, log on to our website latestly.com).