Realme, the Chinese tech giant is all set to host its event today in India. The company will launch the Narzo 50 Series, Realme Band 2 and Smart TV Neo during the event. Realme Narzo 50A will feature a triple rear camera setup comprising a 50MP main camera and two 2MP portrait and macro sensors.

Realme Narzo 50A will feature a triple rear camera setup comprising a 50MP main camera and two 2MP portrait and macro sensors. It comes powered by a MediaTek Helio G85 SoC with ARM Cortex A75 CPU and Mali G52 GPU. The handset will be fuelled by a 6,000mAh battery and is claimed to deliver 53 days of standby, 48 hours of calling and 8 hours of gaming. 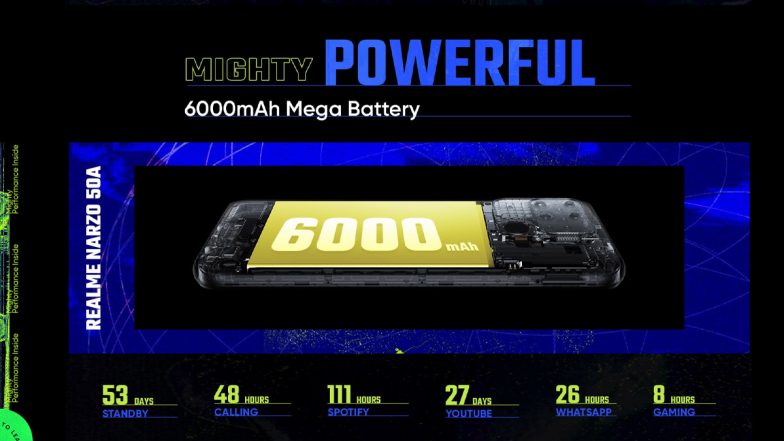 The much-awaited moment is here!

Get ready, the #realmeNarzo50series is launching today at 12:30 PM to show the world what #MightyPerformanceInside actually feels like.

Realme Band 2 will sport a 1.4-inch colour touchscreen display with a resolution of 320x147 pixels and 500 nits of brightness. It will come with a GH3011 sensor that helps in real-time heart rate monitoring. 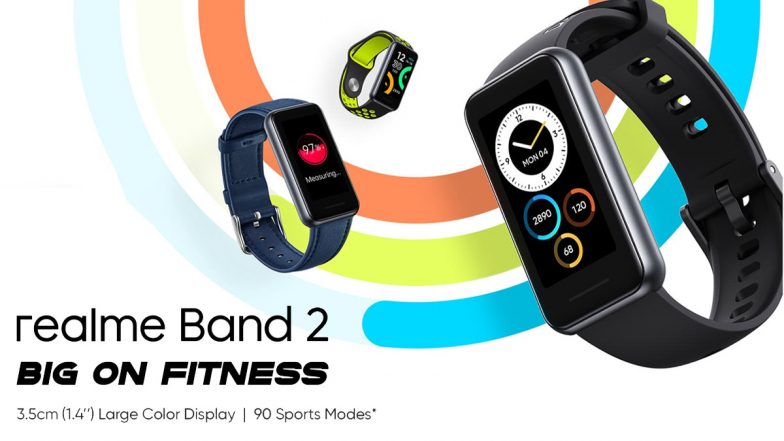 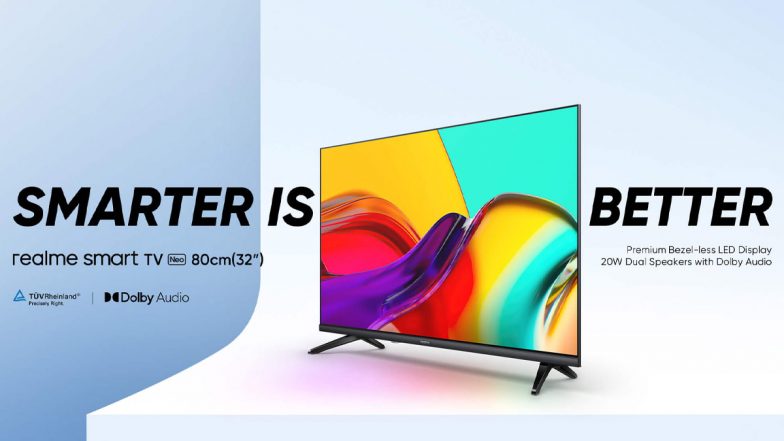 On the other hand, Realme Smart TV Neo will flaunt a 32-inch bezel-less LED display with TUV Rheinland Low Blue Light certification. The smart TV will get 20W dual speakers with Dolby Audio support for a crystal-clear surround sound experience. It will also come with built-in YouTube 2021 and other popular platforms to enjoy mountainous YouTube videos, movies, TV shows and more. Apart from this, nothing more is known. Realme will announce the pricing of Narzo 50 Series, Band 2 and Smart TV Neo today during the event.

(The above story first appeared on LatestLY on Sep 24, 2021 09:36 AM IST. For more news and updates on politics, world, sports, entertainment and lifestyle, log on to our website latestly.com).