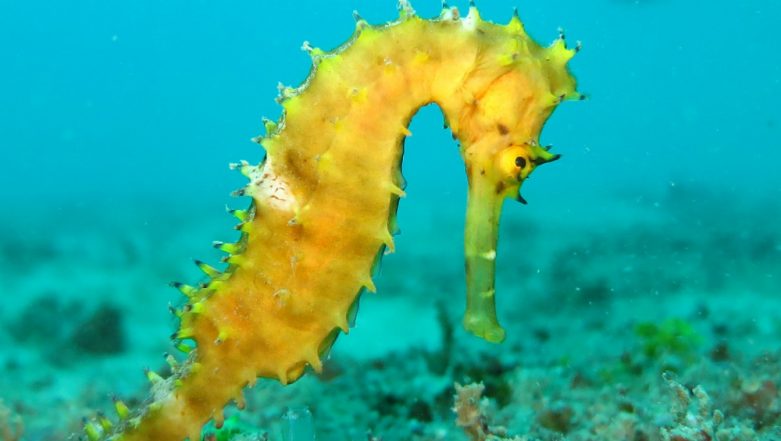 Picture is for representational purpose only (Photo Credits: Pixabay)

The workers were preparing to conduct repairs at tidal pools on Sydney's Northern Beaches when they made the find. there were around 40 white's seahorses -- one of the two endangered seahorse species in the world. Tejas Thackeray Discovers 11-Rare Species of Crab in Western Ghats of Maharashtra: Uddhav's Son Research Published in New Zealand's Journal.

"We had no idea of their existence and then to be told we have a colony of these rare seahorses, and we're pretty excited to play a part in protecting them," Mayor Michael Reegan said.

They would be moved to the safety of nearby seagrass beds because many of them are pregnant due to the season.

"The male animal gives birth, which is unusual in the animal kingdom, but they also fall in love, the seahorses pair up for life," state fisheries senior research scientist David Harasti said.

The number of white's seahorses has declined dramatically over the past few years due to habitat destruction, with some areas experiencing up to a 90-percent reduction.