The Earth’s Interior is Cooling Faster Than Expected, Says Research

According to the researchers at ETH Zurich, the Earth’s interior seems to be cooling down faster than expected. It may follow the footsteps of rocky planets Mercury and Mars 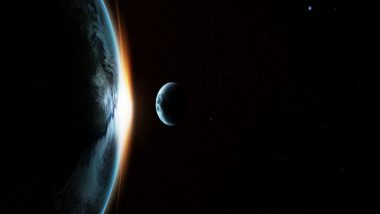 According to the researchers at ETH Zurich, the Earth’s interior seems to be cooling down faster than expected. It may follow the footsteps of rocky planets Mercury and Mars.

The study, which has been carried out by ETH Professor Motohiko Murakami and his colleagues from Carnegie Institution for Science, has been published in the 'Earth and Planetary Science Letters Journal'.  Is Mars Habitable? Do Aliens Exist? NASA Expert Answers Science Questions in Video Series

These experts have developed a sophisticated measurement system, that enables them to measure the thermal conductivity of bridgmanite in the laboratory. It is done under the pressure and temperature conditions that prevail inside the Earth.

It suggested that the heat flow from the core into the mantle is also more than what was thought previously. The greater heat flow increases mantle convection and spikes the cooling of the Earth.

It also causes plate tectonics to decelerate faster than expected based on previous heat conduction values. The tectonics are responsible for the convective motions of the mantle.

These changes seem to be leading to the cooling down of the planet, said the researchers.

"Our results could give us a new perspective on the evolution of the Earth's dynamics. They suggest that Earth, like the other rocky planets Mercury and Mars, is cooling and becoming inactive much faster than expected," Murakami explained.

"We still don't know enough about these kinds of events to pin down their timing," he said.  Massive Icefish Breeding Colony With 60 Million Nests Discovered in Antarctica

To do that calls first for a better understanding of how mantle convection works in spatial and temporal terms. Moreover, scientists need to clarify how the decay of radioactive elements in the Earth's interior—one of the main sources of heat—affects the dynamics of the mantle.

(The above story first appeared on LatestLY on Jan 16, 2022 03:22 PM IST. For more news and updates on politics, world, sports, entertainment and lifestyle, log on to our website latestly.com).