By offering cash back, and other offers, Apple is pushing their devices in India. 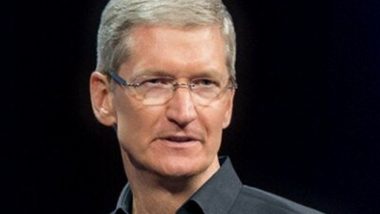 Apple CEO Tim Cook has recognised the massive potential of India, which is the third largest smartphone market in the world. According to reports, he was quoted as saying, "There's huge opportunities for us, and we have an extremely low share in that market overall." Reportedly, Cook also assured that the company is in plans to bring all of its different initiatives "from retail and everything else" to leverage the market potential in India.

According to a report on Economic Times, Apple’s share of the Indian smartphone market has ranged from 2-3 percent. Apple had been among the top players in the segment of devices above Rs 30,000, leading the market in October-December 2017 with 47 percent market share. However, it has slumped to No 3 in the January-March period.

By offering cash back, and other offers, Apple is pushing their devices in India. Efforts are constantly being made to increase the physical presence, and by investing heavily in the LTE markets. According to a Gadget 360 report, Apple earlier had partnered with Bharti Airtel and Reliance Jio to bundle their 4G data, and recently the company has extended their partnership with the telco giants to bring Apple Watch Series 3 cellular version to the country.

(The above story first appeared on LatestLY on May 03, 2018 12:18 PM IST. For more news and updates on politics, world, sports, entertainment and lifestyle, log on to our website latestly.com).