Xiaomi's New Smartphone With Snapdragon 730 Under Works; Likely To Be Launched in India Soon 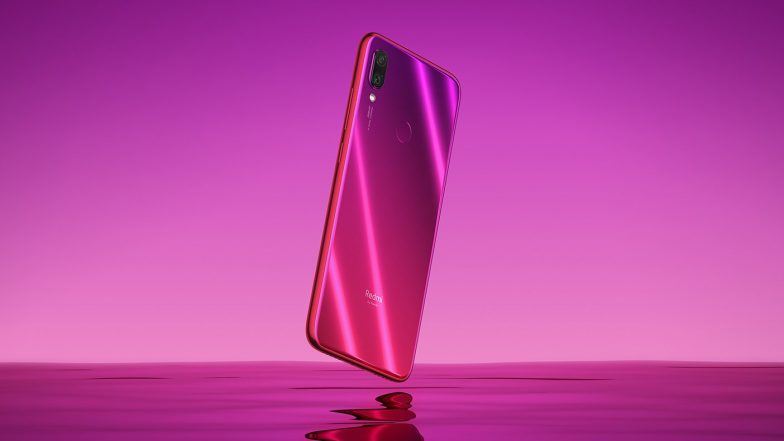 After launching Xiaomi Redmi 7, Redmi Y3 in India, the Chinese phone maker is now reportedly working on a new smartphone which could be launched soon.  We know that Xiaomi offers several smartphones targeting different spectrum of users across the country. However, the Redmi smartphones always value oriented devices that have been targeted to the users looking for a budget handset. On the other hand, Redmi Y3 attracts current-age social media influencers with a 32MP selfie camera. If the market reports are to be believed, the mystery smartphone from Xiaomi could be powered by Snapdragon 730. Apple iPhone XI (iPhone 11) Render Images Leaked; Reveals Triple Triangular Rear Camera Confirmed.

This has been confirmed by Xiaomi's VP Manu Kumar Jain wherein he took on Twitter to teaser the launch of yet another smartphone from Xiaomi for the Indian customers. Manu Kumar Jain mentioned in a Tweet about a special meeting with Qualcomm personnel and confirmed the launch of a device with the latest 'Snapdragon 7XX'. Though he didn't specify the exact chipset, it is speculated that the processor could be Snapdragon 730, which was announced by Qualcomm earlier this month. New Xiaomi Redmi 7, Redmi Y3 Phones Launched in India; Prices Start From Rs 7,999 & Rs Rs 9,999.

Great meeting Rajen @rajen_vagadia & Kedar from #Qualcomm.@Xiaomi & @Qualcomm have always worked together to bring the latest & the best!

The new Snapdragon 730 chipset is manufactured on an 8nm process whereas Snapdragon 710 SoC and Snapdragon 845 SoC are developed on 10nm process. On the other hand, Snapdragon 675 chipset employs 11nm process and we have seen this processor of Xiaomi’s Redmi Note 7 Pro. Xiaomi Teases Its Upcoming Two-way Foldable Phone.

Going by the reports, the new Snapdragon 730 will bring major improvements over the Snapdragon 710, which is packed on the recently launched Realme 3 Pro. However, there are no details available about the device as of now. Moreover, the company hasn’t confirmed regarding its upcoming mystery smartphone. However, it can confirmed that the phone will be launched in the Indian market soon.