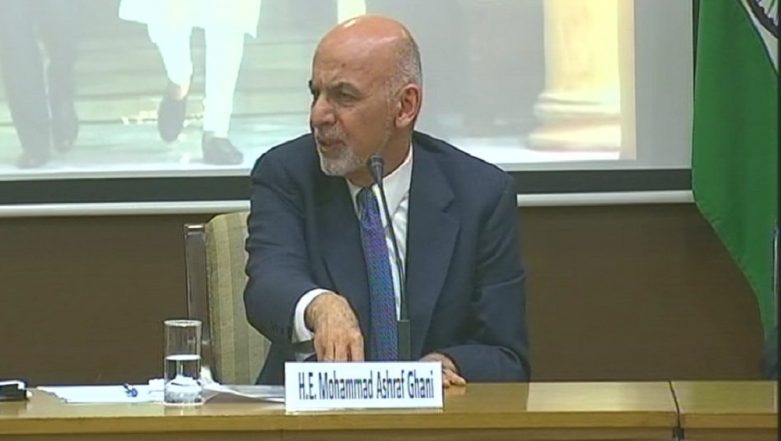 Kabul, May 4: Afghan President Ashraf Ghani on Friday announced the release of 175 Taliban prisoners as a goodwill gesture as a five-day summit on peace ended here with a call for an urgent ceasefire and a schedule for a proposed withdrawal of foreign troops from the war-torn country.

The Loya Jirga, or grand assembly, set out its recommendations and urged the government and the Taliban to "announce an immediate and permanent ceasefire with the arrival of Ramadan", TOLO News reported.

Ghani inaugurated the meeting on Monday. It saw about 3,200 ethnic, religious and tribal representatives and politicians from across the country gather in the capital city under heavy security cover.

At the end of the five-day consultations, the participants issued a 23-article resolution to Ghani and called on the government, the Taliban, the international community and regional countries to "respect the recommendations of the peace jirga".

They said the Constitution and the current political structure of the government should be "maintained and protected" and, if necessary, amendments be brought in only through legal ways.

The resolution asked the government "to pave the way to bring the Taliban political office from Qatar to Afghanistan".

Among the key demands was a timetable to be drawn up in consultation with all related sides for what the participants said was a "responsible withdrawal" of foreign troops from Afghanistan.

"We are ready to provide the ground for Taliban to be part of the country's development. It is a friendly suggestion."

Announcing, the release of 175 Taliban prisoners as a gesture of goodwill towards peace, he called on the Taliban to send their delegation to Kabul or another province of the country to receive them.

Taliban leaders have so far refused to negotiate with the government, calling it a puppet of the US. The militant group has been insisting on the withdrawal of foreign forces before talks with the government in Kabul could begin.

The jirga, one of the several such events held over the past 18 years to make national decisions, comes as Taliban leaders and officials from the US, led by envoy Zalmay Khalilzad, have held several rounds of peace talks in Qatar and the United Arab Emirates amid opposition from Ghani's government, which insists on having a central role in the process.

Ghani said that Afghanistan peace will help economic development in Pakistan. He said the Afghan government wants a relationship with Islamabad "which is based on mutual respect and friendship, which is clear and is an equal government-to-government relation".

He also "appreciated the US efforts for Afghan peace and added that Kabul has strategic relations with Washington".

He added the Taliban have now to make their choice whether they will attend the talks inside Afghanistan or in any of the mentioned countries.