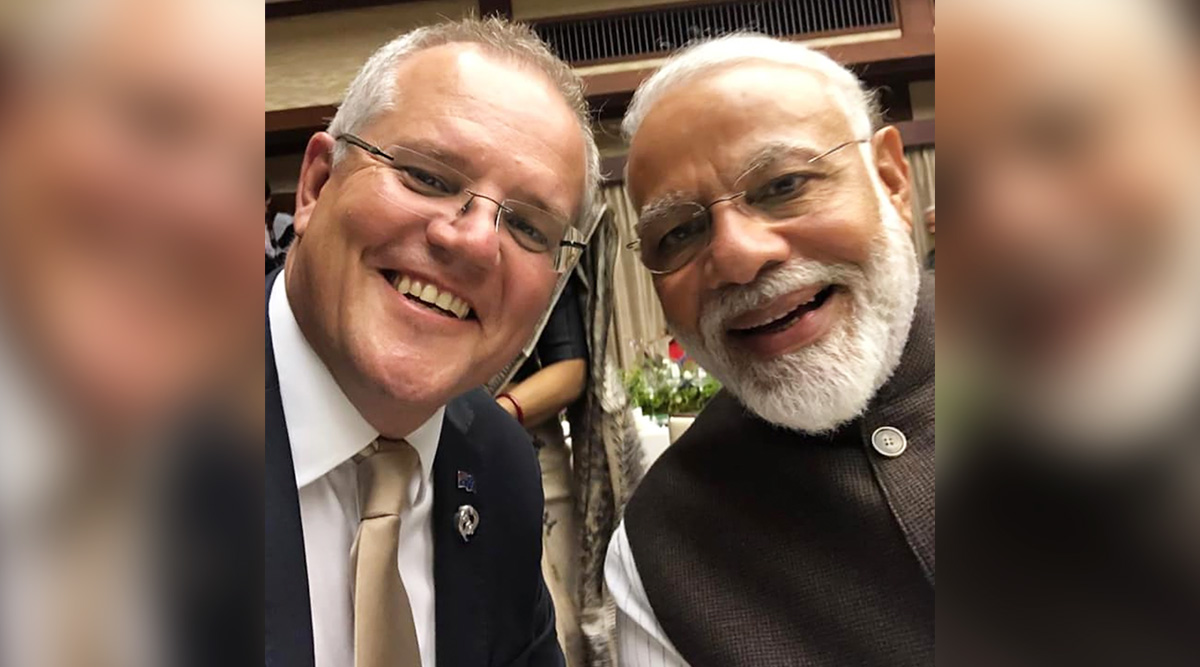 Canberra, January 3: Australian Prime Minister Scott Morrison has cancelled his visit to India in view of the raging bushfire in his country. The Australian Prime Minister's visit was scheduled from January 14 to 16, 2020. It has been called off due to extraordinary circumstances of the bushfires in Australia. Australia Bushfire: Thousands of Holidaymakers Trapped on Beaches Encircled by Fire.

Earlier, reports of Australia Prime Minister Scott Morrison saying he was "inclined to cancel an official trip to India planned for this month" so as to monitor the situation in the deadly wildfire in Australia. Prime Minister Narendra Modi had himself invited his Australian counterpart, said reports.

Diplomatic Sources: Australian Prime Minister Scott Morrison's scheduled visit to India from January 14 to 16, 2020, has been cancelled due to extraordinary circumstances of the bushfires in Australia. https://t.co/HegnK01mo6

Thousands of koalas are feared to have died in a wildfire-ravaged area north of Sydney, further diminishing Australia’s iconic marsupial, while the fire danger accelerated Saturday in the country’s east as temperatures soared, reported the Associated Press (AP).

About 5 million hectares (12.35 million acres) of land have burned in Australia during the wildfire crisis, with nine people killed and more than 1,000 homes destroyed. Prime Minister’s Scott Morrison was recently criticized for his family trip to Hawaii. Morrison, who apologized for going away, eventually cut short his vacation and returned to Sydney last weekend. The fires, which have killed six people and burned hundreds of homes and charred 13,000 square kilometres of land across the country since July 1, have been linked to the climate crisis.