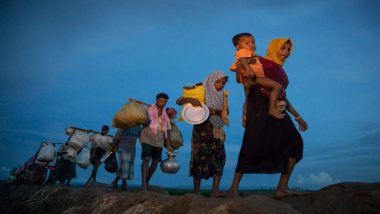 Dhaka, October 23: Seven persons have been killed and several others injured in an attack on a madrasa at a Rohingya camp in Bangladesh's Ukhiya upazila of Cox's Bazar district, officials said.

The militants on Friday attacked Darul Ulum Nadwatul Ulama Al-Islamia Madrasa, 8th APBN deputy captain Kamran Hossain told IANS. Among the injured, three died on the way to hospital, he said, adding that a person named Mujib was detained in this connection.

(The above story first appeared on LatestLY on Oct 23, 2021 08:23 AM IST. For more news and updates on politics, world, sports, entertainment and lifestyle, log on to our website latestly.com).