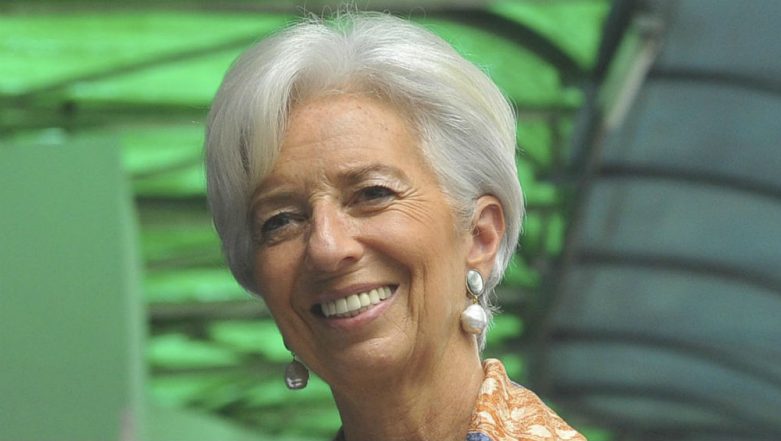 Washington, July 16: French politician Christine Lagarde on Tuesday said she will resign as the Managing Director of International Monetary Fund with effect from September 12. She has been nominated by the European Council as President of the European Central Bank. Her resignation has been accepted by the IMF Executive Board with effect from September 12.

"I have met with the Executive Board and submitted my resignation from the Fund with effect from September 12, 2019. The relinquishment of my responsibilities as Managing Director announced previously will remain in effect until then," Lagarde said in a statement. IMF Chief Christine Lagarde Warns of High Arab Public Debt.

In a separate statement, IMF Executive Board said that it has accepted the resignation of Lagarde and expressed its "greatest appreciation" for what she did for the institution.

"Her legacy of achievements has made a lasting imprint on the Fund. Under her guidance, the Fund successfully helped its members navigate a complex and unprecedented set of challenges, including the impact of the global financial crisis and its aftershocks," the Board said.