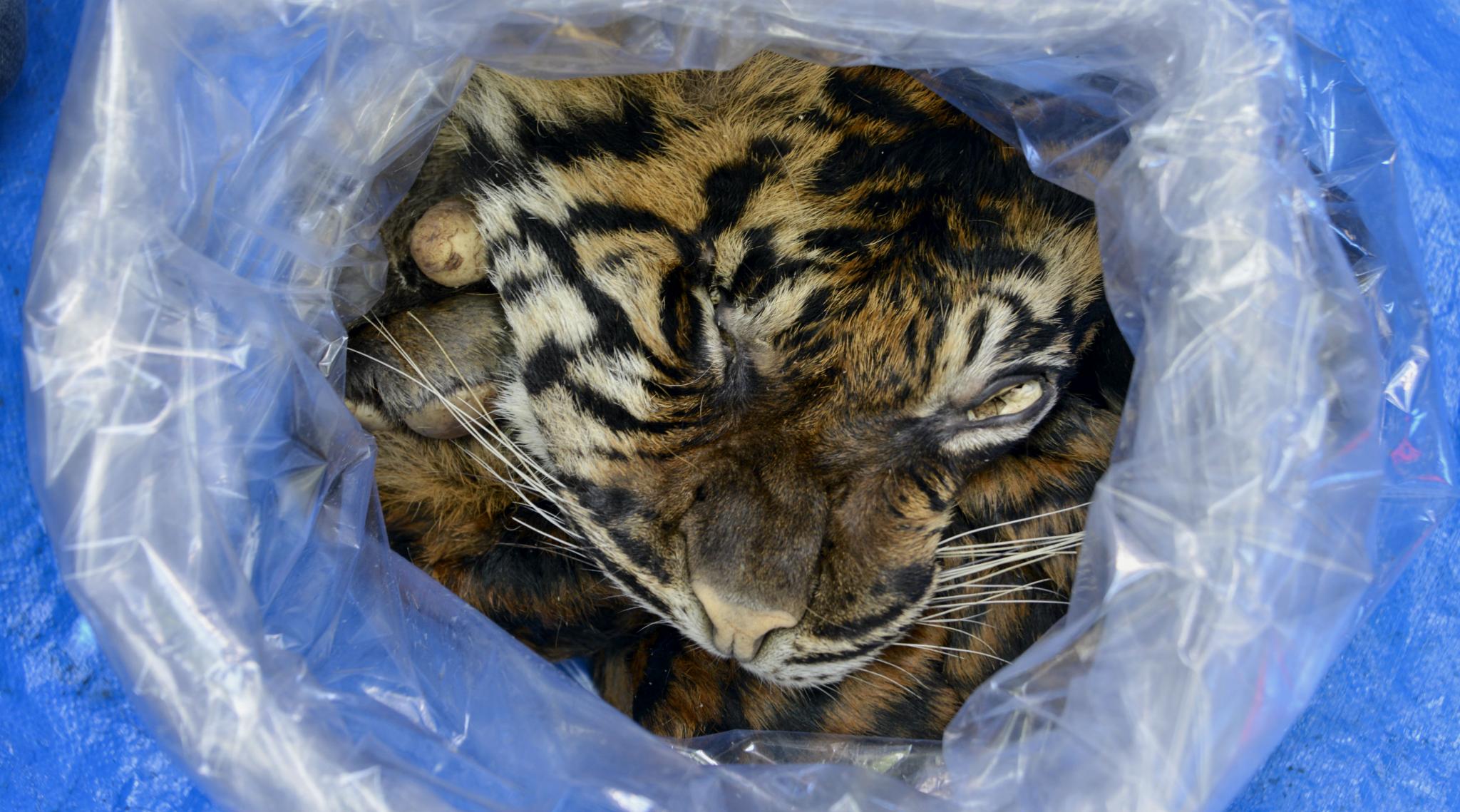 Banda Aceh, January 6: An Indonesian caught trying to sell the skin of a critically endangered Sumatran tiger has been arrested, police said Monday, highlighting the problem of animal trafficking in the Southeast Asian country. Authorities in Aceh, at the northern tip of Sumatra island, arrested the man last week after he offered to sell the skin to an undercover officer, posing as a buyer, for 90 million rupiah ($6,500).

Police, who confiscated the tiger's skull as well as some bones and teeth, said they were also hunting another man who allegedly supplied the animal's parts to the suspect.

"We estimated that the tiger had been dead for about three months," Taing Lubis, a veterinarian at Aceh's conservation agency, told AFP, adding the male tiger was about eight years old. Yash, 12-Year-Old Royal Bengal Tiger Dies of Cancer at Sanjay Gandhi National Park.

"And we think it died from stabbing. Its neckbones were also fractured." The arrest comes after police in another part of Sumatra last month arrested several suspected poachers caught with the skin of a Sumatran tiger and four foetuses.

Poaching is responsible for almost 80 percent of Sumatran tiger deaths, according to TRAFFIC, a global wildlife trade monitoring network. Sumatran tigers are considered critically endangered by protection group the International Union for Conservation of Nature, with fewer than 400 believed to remain in the wild.