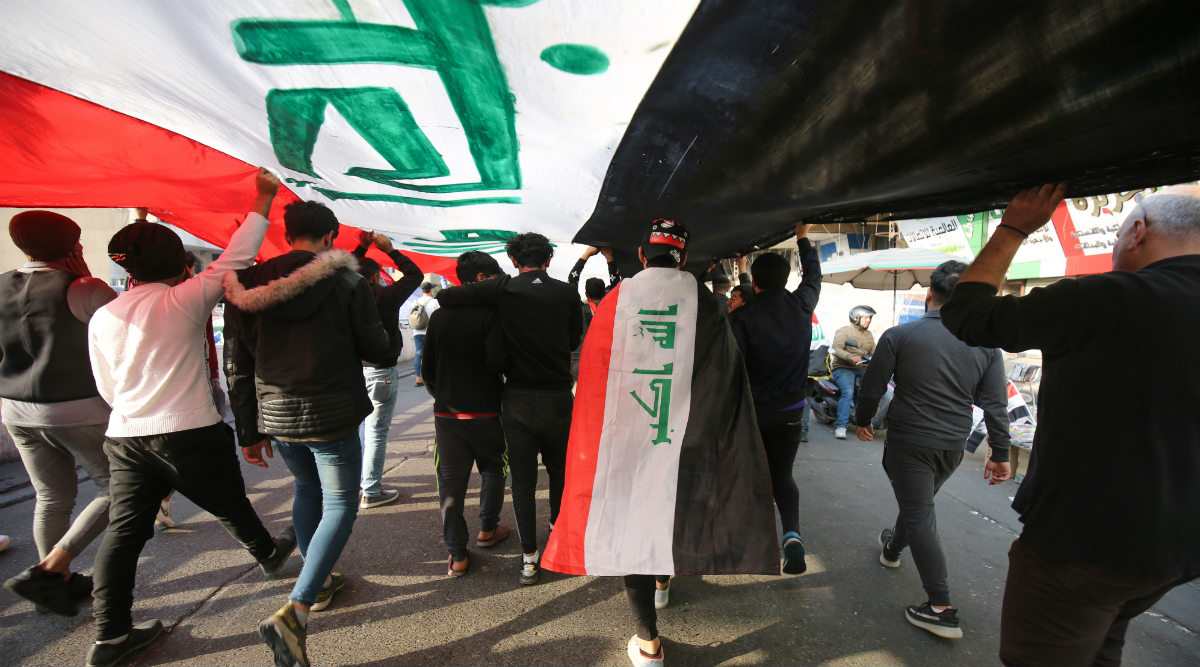 The two-day-old blockade is the first to disrupt operations in OPEC's second largest producer since the start of the popular revolt set to enter its fourth month in early January. Year-Ender in 2019 on Anti-Government Protests: Hong Kong, Iraq and Sudan Among 5 Major Nations Rocked by Pro-Democracy Movements This Year.

The youth-led protests demand the ouster of the entire political class that has run the country in the aftermath of the 2003 US-led invasion that toppled dictator Saddam Hussein.

Demonstrators have vented their fury at what they consider inept politicians who have mismanaged the economy, enriched themselves and are beholden to powerful neighbour Iran.

Sit-in protests have shut down state offices and schools across the Shiite-majority south for weeks, and demonstrators again declared a "general strike" in Diwaniya on Sunday, the first day of the working week.

The protests have continued despite being met with batons, tear gas and, at times, live rounds in violence that has claimed nearly 460 lives and left some 25,000 people wounded.

The activists scored a partial success in November with the resignation of prime minister Adel Abdel Mahdi, who however remains in charge in a caretaker role.

Pro-Iranian and other political factions have since wrangled over finding a successor -- so far without success.

And although parliament has just voted for an electoral reform package, there has been no indication that the early polls many citizens are calling for will be held anytime soon.

Heightening the turmoil, President Barham Saleh last week threatened to resign rather than put forward the name of a pro-Iran candidate to form the next government.

Nasiriya student demonstrator Osama Ali praised the head of state, saying he had "foiled the attempts by parties and militiamen to kill off the revolution to protect their own interests".

"This gives us hope to continue our peaceful movement until we obtain all our demands," he told AFP.

Those demands include an end to a system that doles out state jobs according to ethnicity and religion, and a stop to the endemic corruption estimated to have swallowed up twice Iraq's GDP in 16 years.

The protesters also want justice for those activists who have been murdered, many shot dead in the streets or outside their homes.

Dozens have also reported being abducted to rural areas near Baghdad for several hours or days before being abandoned by the roadside.

The United Nations has accused "militias" of waging a sweeping campaign of threats, kidnappings and murders of demonstrators.

The state-run Human Rights Commission says it has still not heard from 56 missing activists.