Jammu and Kashmir 'Was, is and Shall Forever' Remain Its Integral Part, India Tells Pakistan at UNHRC Meeting 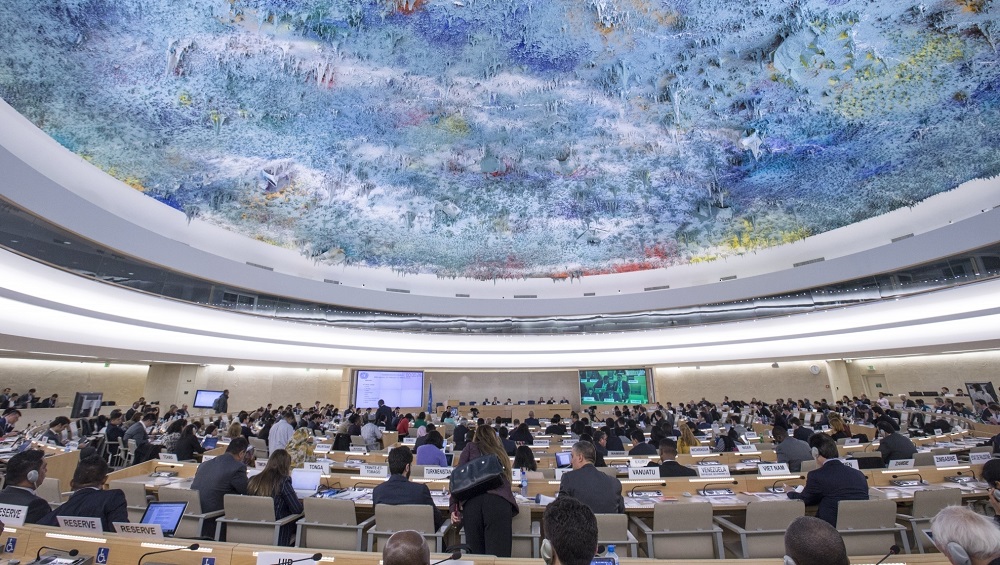 Geneva, February 26: Jammu and Kashmir "was, is and shall forever" remain an integral part of India, a top Indian diplomat said at the UN Human Rights Council's meeting here on Wednesday, a day after Pakistan sought the international community's intervention on the Kashmir issue.

Speaking at the 43rd session of the UN Human Rights Council which is being held here in Switzerland from February 24 to March 20, Vikas Swarup, Secretary (West), the Ministry of External Affairs, described Pakistan as the epicentre of global terrorism. Jammu and Kashmir: Pakistan Violates Ceasefire Again in Poonch.

He called for decisive action against states who direct, control, fund and shelter terrorists, in an obvious reference to Pakistan, which is accused by its neighbours of providing safe havens to terror groups. His remarks came a day after Pakistan's Minister for Human Rights Shireen Mazari on Tuesday alleged that India continues to violate the human rights of the Kashmiri people and demanded the immediate repeal of all actions by India on August 5 last year.

India abrogated the special status of Jammu and Kashmir under Article 370 on August 5 and bifurcated it into two Union territories. Pakistan has been trying to internationalise the Kashmir issue but India has asserted that the abrogation of Article 370 was its "internal matter". New Delhi has also asked Islamabad to accept the reality and stop its anti-India rhetoric.