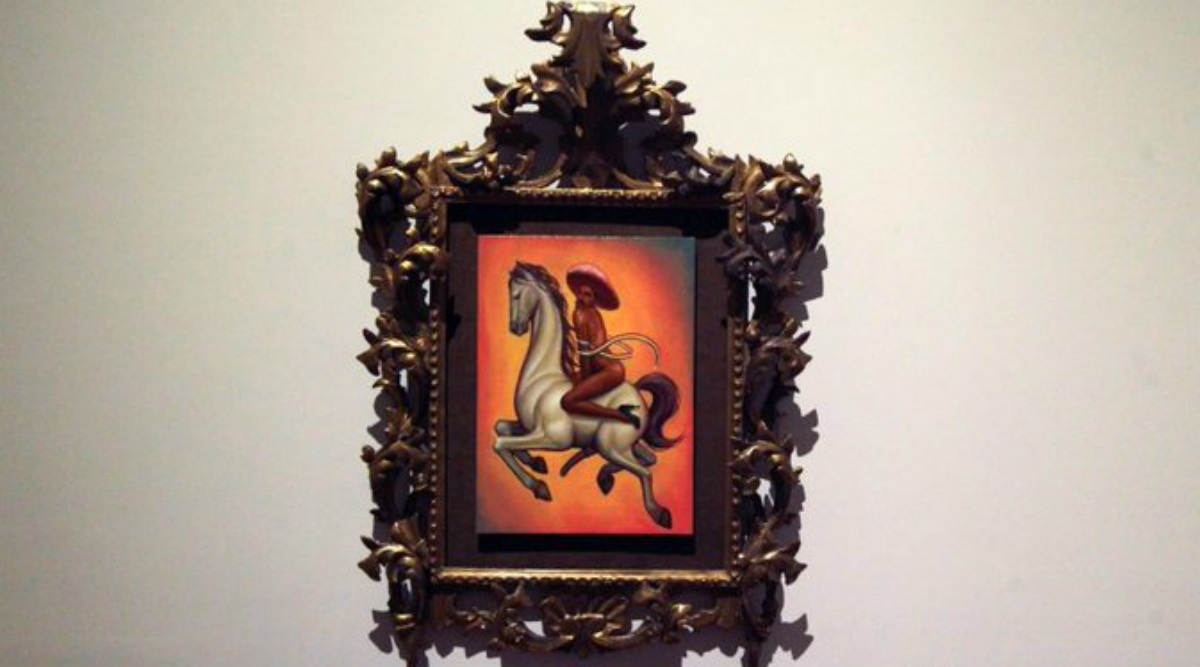 Mexico City, December 11: A controversial painting of Mexican revolutionary leader Emiliano Zapata has pitted his family and supporters against the work's artist and the LGBT community in a contentious dispute that erupted in heated protests Tuesday.

The divisive image shows the iconic figure naked and wearing a pink hat and high heels shaped like guns, while perched suggestively on a horse that has an erection.

The protesters, many of them campesinos, or peasant tenant farmers who are sympathetic to the message of Zapata -- himself a campesino from Morelos state -- demonstrated outside the museum for hours.

Some shouted homophobic slurs, which prompted a small group of LGBT community members and supporters to gather nearby and push back as tensions rose.

"I'm pretty surprised by this violent demonstration ... Why does the feminine figure have to inspire this much offense?" the work's painter Fabian Chairez asked on Radio Formula.

The painting, which was finished in 2014 and has already been displayed, is part of an exhibit called "Emiliano. Zapata After Zapata," which commemorates the 100-year anniversary of his death.

Cultural authorities featured the painting of Zapata, who is a prominent symbol of the Mexican Revolution, in a brochure, which then led to the fracas.

"We are trying to open a dialogue. This is a museum open to all Mexicans, to all of the protesters and those who support it," Palacio de Bellas Artes director Miguel Fernandez told the press.

The painting has already generated expressions of disapproval from Zapata's family and supporters, including his grandson Jorge Zapata, who warned that he plans to bring legal action against artist Chairez.

Museum officials have said that "La Revolucion" will remain part of the exhibit, even as the protesters have promised to return "every day" until it is removed.

Mexico's leftist President Andre Manuel Lopez Obrador has declared the whole year in observance of the 100th anniversary of the historical figure's death.