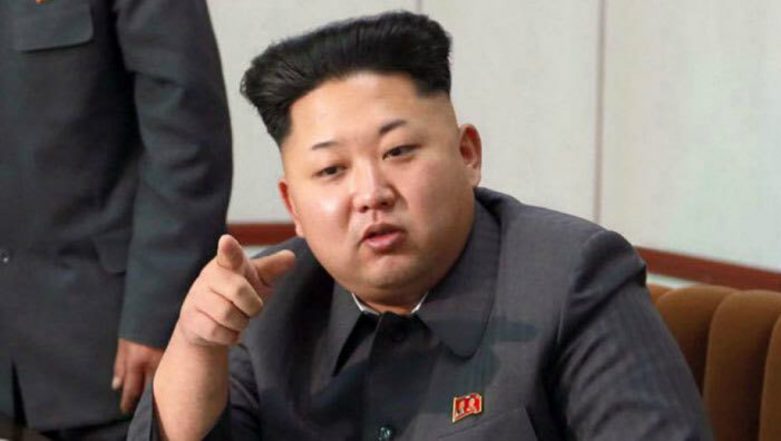 Seoul, April 21 : North Korea on Saturday announced freezing of its missile tests along with shutting down of a nuclear test site, a significant development that received a broad international welcome.

North Korean leader Kim Jong-un was quoted by the state-run KCNA news agency as saying that the country's quest for nuclear arms was "complete" and it "no longer needed" to test its weapons capability.

"Under the proven condition of complete nuclear weapons, we no longer need any nuclear tests, mid-range and intercontinental ballistic rocket tests, and that the nuclear test site in northern area has also completed its mission," Kim said.

His decision was welcomed by the world leaders, with US President Donald Trump describing it as "good news" for the world, and South Korea calling it "meaningful progress".

Kim is due to meet his South Korean counterpart Moon Jae-in on April 27 for the first inter-Korean summit in over a decade, and Trump by June. Both countries have been pushing Pyongyang to denuclearise.

Pyongyang and Seoul started talking again for the first time in two years via a special phone line, and those talks led to North Korea's participation in South Korea's Winter Olympics.

"This is very good news for North Korea and the World -- big progress! Look forward to our Summit," Trump tweeted after the announcement.

A statement from the South Korean President's office said that the North's move "will also contribute to creating a very positive environment for the success of the upcoming South-North summit and North-US summit".

China, North Korea's main backer, welcomed North Korea's decision. "The decision made by North Korea will help ease the situation and promote the denuclearisation of the Korean Peninsula as well as a political settlement of the peninsula issue," said Foreign Ministry spokesperson Lu Kang.

Japanese Prime Minister Shinzo Abe too hailed the announcement, while stressing that it was important to monitor the situation to see if it would lead to "a complete, verifiable and irreversible abandonment of nuclear arms, weapons of mass destruction and missiles," state broadcaster NHK reported.

The call was echoed by Britain. "We hope this indicates an effort to negotiate in good faith," according to a statement from the British government.

Russia's Foreign Ministry also welcomed it, but called on the US and South Korea to reduce their military activity in the region.

North Korea conducted all of its six nuclear tests at the Punggye-ri test site in the northeastern province since 2006. Its latest and most powerful nuclear test was conducted in September, Yonhap news agency reported.

Although Pyongyang said it would abolish its nuclear test site, there was no indication it was planning to get rid of its existing weapons.

The decision to halt missile tests was also aimed at pursuing economic growth, according to KCNA. Kim reportedly pledged to "concentrate all efforts" on developing a socialist economy during Friday's meeting.

The declaration came as Pyongyang continued to make concessions ahead of the talks. In March, Kim told a South Korean delegation that he "understood" the need for joint US-South Korean military drills.

Earlier this week he dropped his requirement that US troops leave the Korean peninsula as a precondition for denuclearisation.