District Police Officer (DPO) Dera Ismail Khan, Najmul Hasnai confirmed that the incident took place during the holy month of Ramadan. 'This crime took place in Kari Shamozai area, in which the five accused raped a 16-year-old boy. And to make him as an example, they also uploaded the video on social media. 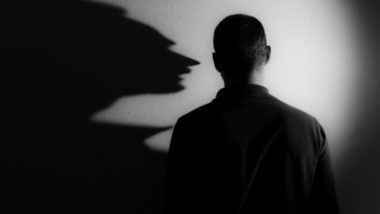 Islamabad, May 29: In yet another act of brutality, a 16-year-old teenage boy was gang-raped Pakistan's Dera Ismail Khan city by at least five people, who also filmed and uploaded the video of the incident on social media.

District Police Officer (DPO) Dera Ismail Khan, Najmul Hasnain has confirmed that the incident took place during the holy month of Ramadan. 'This crime took place in Kari Shamozai area, in which the five accused raped a 16-year-old boy. And in order to make him as an example, they also uploaded the video of the shameful act on social media. When it started making rounds on the internet, the police were informed about it by the father of the victim, and an FIR was registered against the five accused' Hasnain added.

Even though the five accused have been identified, the police are yet to make an arrest. Upon inquiry with the locals of the area, it was revealed that all the five accused have fled from Dera Ismail Khan to Karachi. Pakistan: Differently-Abled Girl Raped Repeatedly By 5 Men in 3 Months, Filmed in Punjab Province.

The incident has also come to the attention of Khyber Pakhtunkhwa Chief Minister Mahmood Khan, who has directed the police to arrest the culprits involved and produce them before the court with all the proof. Khan also directed the police authorities to make this case and the culprits an example for other criminals. He assured the family that the perpetrators will be brought to justice.  BSF Seizes Arms Dropped by Pakistan Drone in Samba.

Human rights activists have raised serious reservations on the consistently increasing cases of assault and sexual abuse of women and children, who remain as the most vulnerable segments of Pakistani society. 'Children and women are the most vulnerable segments of our society and the crimes against them are increasing with each passing day without inviting any attention,' said rights activist Imran Takkar. 'Parents don't understand the importance of educating their children about sex crimes and child predators and due to this such incidents are happening on a very large scale.'

Another unfortunate thing about the incident is that it happened during Ramadan when Muslims across the world observe a month-long fast. 'It is unfortunate that the crime took place in Ramadan but it was reported to police a month later, which is yet another evidence that victims try to hide such crimes to save their honour,' Takkar added.

(The above story first appeared on LatestLY on May 29, 2021 02:47 PM IST. For more news and updates on politics, world, sports, entertainment and lifestyle, log on to our website latestly.com).