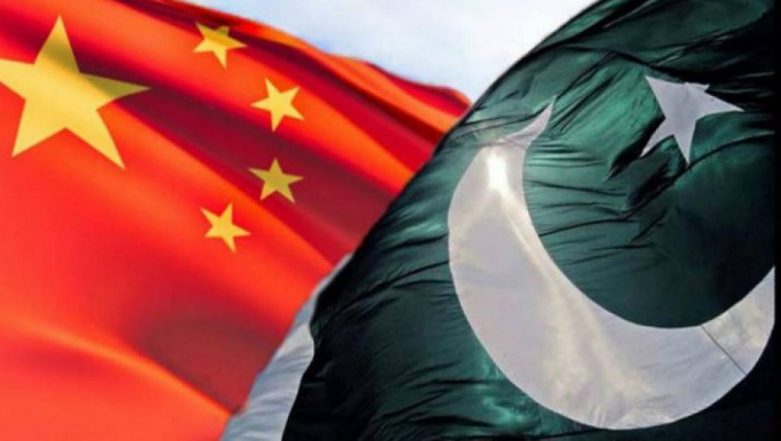 Islamabad, August 28: Pakistan and China have pledged to continue close consultation and coordination for the promotion of peace and stability in the region and maintenance of strategic balance as President Arif Alvi and Prime Minister Imran Khan met visiting Vice Chairman of China's Central Military Commission Xu Qiliang here. Russia Has 'No Role' to Play in India-Pakistan's Bilateral Issue of Kashmir: Russian Envoy.

In his meeting with the senior Chinese military official on Tuesday, Alvi said that Pakistan "appreciates China's precious support" on issues concerning Islamabad's major interests and concerns, and will firmly adhere to the one-China policy.

Calling China "a great friend of Pakistan", the Pakistani President said both countries should closely communicate and coordinate with each other so as to maintain regional peace and stability together, Xinhua news agency reported.

Khan met Xu in a separate meeting where he said that Pakistan is "committed to pushing forward the development of the China-Pakistan Economic Corridor and is willing to communicate and coordinate with China under the bilateral and multilateral frameworks to deepen exchanges and cooperation in various aspects including defence and security".

During the meetings, Xu said China and Pakistan are "all-weather strategic cooperative partners" and both countries always understand and firmly support each other on issues concerning their core interests.

The Chinese official said that in the face of the complex, fluid international and regional security situation, Beijing "stands ready" to work with Islamabad to implement the important consensus reached by the leaders of the two countries, enhance strategic communication, deepen political mutual trust and promote defence cooperation to maintain regional security and stability. USA Desperate to Support Pakistan on Kashmir Issue as India Refuses to Send Troops to Afghanistan, Warns BJP MP Subramanian Swamy.