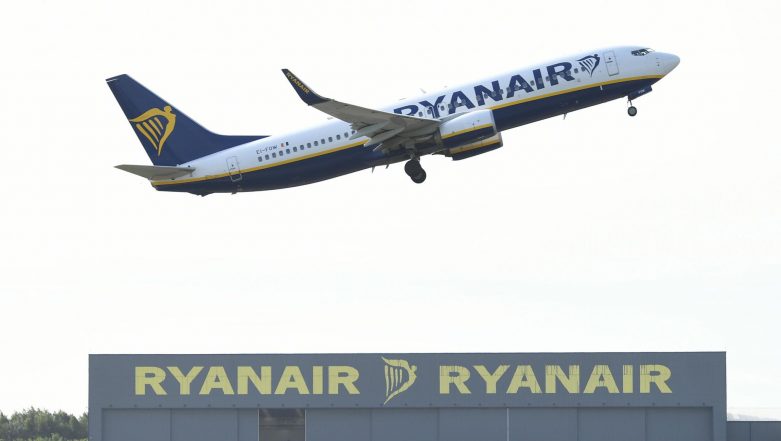 Madrid, August 23: Ryanair said Friday it is closing four of its bases in Spain, a move a union said would result in more than 500 job losses. The low-cost airline, facing a September cabin strike, said it would shut its Canary Islands bases of Tenerife, Lanzarote and Gran Canaria as well as Gerona from January after a review showed "significant overcapacity in the European short haul market".

The news, in a statement flagging up "formal notification of collective dismissal prceedings," comes after two profit warnings in the past 10 months at Ryanair and on the back of a 41 percent dive in first-quarter earnings.

The company said that following a commercial review "a number of bases," including the Spanish quartet, would close effective from January 8. "Our main focus will be on minimising job losses with transfers," the airline said, adding that under Spanish law a collective redundancies consulation process would be entered into with a negotiating commission set up to that effect by September 8. Apple Says Responsible for 2.4 Million Jobs in US.

The USO union said in a statement that just as it was engaged in talks on providing a minimum service for 10 strike days Ryanair had informed it by email of the impending closures -- citing Brexit worries as an additional factor. USO added that 512 Spanish-based staff were set to lose their jobs.

The union accused the carrier of "dismantling" its Spanish operations and lamented that the airline had also published other vacancies elsewhere in its system.

"The closures and the layoffs are not justified and Ryanair will have to provide explanations to the Spanish labour authorities," said USO secretary Jairo Gonzalo. The cabin strike is scheduled to start on September 1 and continue on nine other days across the month after talks between management and unions failed.