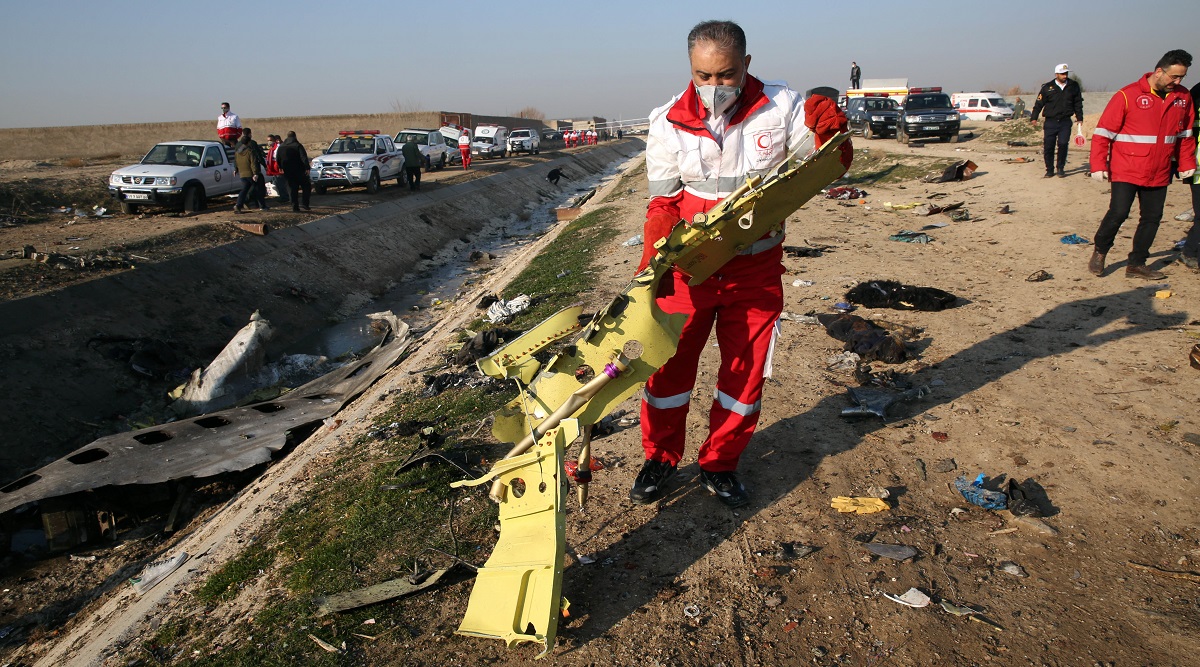 Washington, January 9: A day after a Ukranian plane with 176 on board "crashed" near Tehran, reports in the United States citing Pentagon officials claim that it was "accidentally shot down" by the Iran anti-missile system. The reports have gained credence as United States President Donald Trump, during his regular press briefing, said he doubts whether the Ukrainian aircraft went down due to a technical snag. Ukraine Airplane Crash: Iran Finds Black Boxes From Crashed Ukrainian 737 Aeroplane, Says Aviation Authority.

According to the Pentagon officials, who spoke with Newsweek on condition of anonymity, they have gathered inputs to suggest that Ukrainian plane was shot down using the Russia-built Tor-M1 surface-to-air missile system, which is also referred to as "Gauntlet" by the NATO forces.

Iran, following the plane crash on Thursday, has maintained that it was an "tragic accident". The country had shortly issued a statement claiming that all passengers and crew members onboard were killed, with the maximum among the deceased, 83, being from Iran followed by 61 from Canada.

In what sparked doubts over Iran's "accident" claim was the refusal to handover the black box of the crashed Ukrainian International Airlines flight 752. According to officials in Kiev, the plane - a Boeing 737 aircraft - had underwent its routine check a couple of days ago and did not show signs of technical snag.

President Trump fueled the speculations during his press briefing, claiming that there is a possibility of the plane being shot down accidentally by the Iranian forces. "Some people say it was mechanical, I personally don't think that's even a question. I have a feeling that...something very terrible happened," he said.

Pres. Trump tells @jonkarl he has "suspicions" about Ukrainian flight that crashed in Iran: "Some people say it was mechanical, I personally don't think that's even a question."

"I have a feeling that... something very terrible happened." https://t.co/TP0KH7sGqX pic.twitter.com/P9xScd348Y

Trump said he is hopeful that the Iranian regime would at "some point of time" release the black box of the crashed aircraft. "Ideally, they (must) give to Boeing. But if they give to France or any other nation...they must get it released. I personally have a feeling that something very terrible happened," the President added.