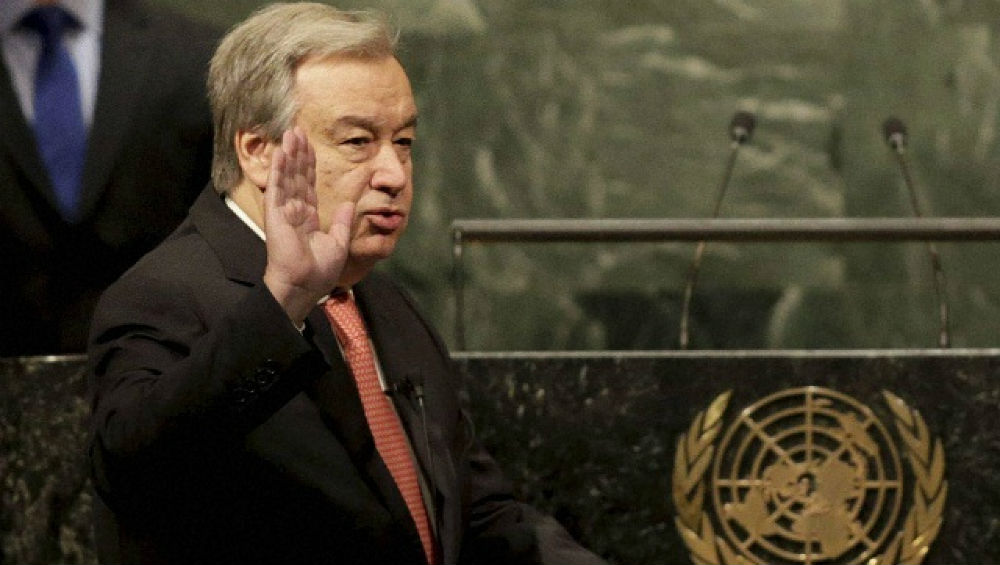 United Nations, April 8: UN Secretary General Antonio Guterres on Wednesday said it was not the time to criticize the early response to the coronavirus pandemic, after US President Donald Trump attacked the World Health Organization.

"Once we finally turn the page on this epidemic there must be a time to look back fully ... But now it is not that time," Guterres said in a statement.

"Now is the time for unity, for the international community to work together in solidarity to stop this virus and its shattering consequences." Donald Trump Attacks 'China Centric' WHO, Alleges UN Body Gave 'Faulty Advice' During Coronavirus Pandemic.

Trump, whose own response to the crisis has been widely criticized, on Tuesday accused the WHO of reacting slowly. "They called it wrong. They really missed the call. They could have called it months earlier," he said. He questioned why the WHO had given "such a faulty recommendation," apparently referring to its earlier advice against curtailing international travel to stop the virus which first spread from China.

Guterres said the WHO "is on the front lines, supporting member states and their societies, especially the most vulnerable among them, with guidance, training, equipment and concrete life-saving services." Donald Trump Acknowledges PM Narendra Modi, Says ‘29 Million Hydroxychloroquine Doses Bought by US Have Come From India’.

WHO chief Tedros Adhanom Ghebreyesus on Wednesday also urged leaders to stop politicizing the pandemic and issued a stern defense of the body's work.