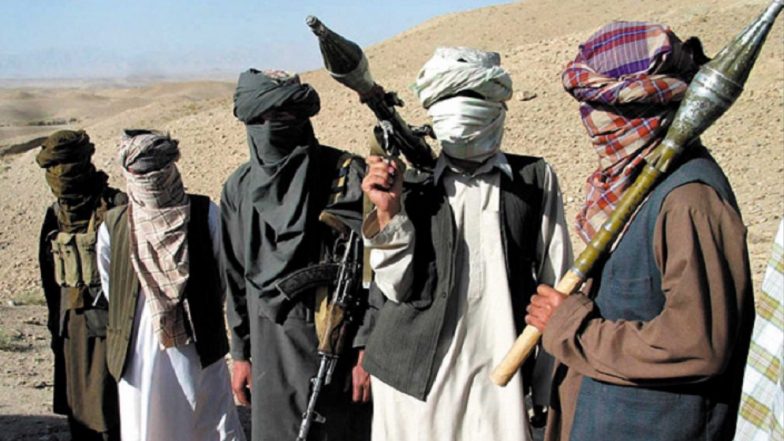 Kabul, January 24: Truce talks between the Taliban and U.S’s special envoy being held in Qatar is now in its fourth day, as the two sides try to come to an agreement to bring an end to Afghanistan's 17-year war. Taliban spokesman Zabihullah Mujahid confirmed to AFP that "discussions are still ongoing". "We will talk in detail later when we reach agreement," the spokesman added.

The U.S. has renewed efforts to come to a peace deal with Taliban to try and end the conflict that has seen Afghanistan remain unstable since the Taliban government was toppled in 2001. The talks could pave the way for the Taliban's participation in the next government. However, the main point of contention continues to be the timeline of US troop withdrawal from the country. "Both sides are discussing the various aspects of the US troops' withdrawal," a senior Taliban commander based in an unknown location in Pakistan told AFP, adding that a statement could be released later in the day or on Friday.

The Pakistan foreign ministry also confirmed that talks were ongoing between the two sides. However, there was no immediate comment from the US embassy or NATO in Kabul. The US said Tuesday it had resumed talks with the insurgents in Qatar, where special envoy Zalmay Khalilzad was meeting Taliban representatives.

Talks have primarily focused on three major points - the withdrawal of US troops, a vow to prevent Afghan soil from being a base for attacks on other countries, and a potential ceasefire, according to Yusufzai. The Taliban want the U.S. to leave Afghanistan and have cancelled the talks previously over the issue.

Rahimullah Yusufzai, an expert on the Taliban, said the continuation of the talks represented "unprecedented" progress. "I have never seen anything like this before," he said. "This is the first serious effort. And it has continued since July... they have agreed to disagree and continued to meet. That's why it's unprecedented."

Washington also wants the insurgents to enter talks with the Afghan government, but they have long refused, denouncing the government in Kabul as a US puppet. The talks come after Khalilzad spent the weekend in Pakistan where he met with Prime Minister Imran Khan as part of a regional tour that saw the envoy shuttling between India, China and Afghanistan.

The US is not the only country engaged in talks with the militants.Russia and Iran have held meetings with the Taliban in recent months, while China has also made overtures. Saudi Arabia, the United Arab Emirates and Pakistan are all participating in the US’s truce efforts. "Pakistan has influence with the group, and the Russians also are somewhat supporting the Taliban," said Ateequllah Amarkhail, a Kabul-based military analyst. "The meetings will continue in the future," he added.

The resumption of talks comes over a month after US President Donald Trump ordered a partial troop-withdrawal of the 14,000 US troops deployed in Afghanistan. (With PTI and AFP inputs)