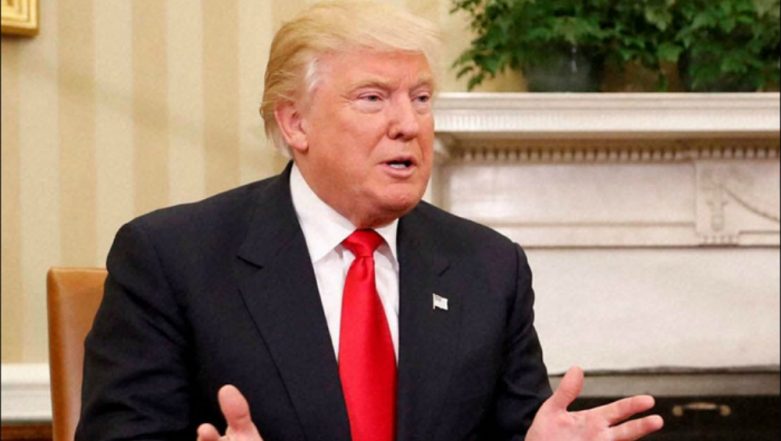 Baghdad, May 15: The United States has ordered all government employees, barring the emergency workers, to leave Iraq at the earliest. In an order issued by the White House on Wednesday, it directed the non-emergency embassy staff to return from Baghdad. Those affected can also opt for commercial flights to make their way back to Washington.

Apart from the embassy in Baghdad, the US consulate in Erbil has also been ordered to suspend visa operations till further directions. "Normal visa services at both posts will be temporarily suspended. The U.S. government has limited ability to provide emergency services to U.S. citizens in Iraq," the order states. India to Decide on Oil Imports From Iran After Lok Sabha Elections 2019: Sushma Swaraj Conveys to Javad Zarif

The unprecedented directive comes amid escalating tensions with neighbouring Iran. The Shia-majority nation has sparked an uproar after threatening to raise the purity level at its nuclear facilities over next 60 days, if sanctions on oil sales imposed by the US are not withdrawn.

A day earlier, the Hassan Rouhani regime had dialled diplomatic channels after a report claimed that Pentagon has put forth a proposal before the White House seeking to dispatch 120,000 troops to the Middle East -- larger than the number of soldiers sent to the Gulf region during 2003 Iraq War.

Iran's supreme leader Ayatollah Ali Khamenei, meanwhile, has ruled out the prospects of a war with the US, claiming that the situation will be resolved in the next few months.

A Pentagon spokesperson, however, has ruled out softening of the US stance, saying that Washington could move "beyond sanctions" if Iran ends up withdrawing from its commitment to P5+1 nations in 2015.